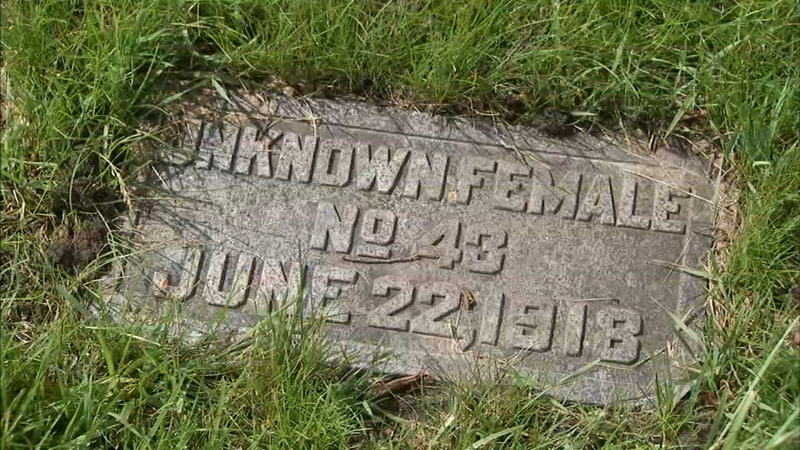 For more than 100 years, the remains of 56 performers and roustabouts of the Hagenbeck-Wallace Circus lay at the Woodlawn Cemetery in Forest Park.

Some were known only by nickname, such as Baldy and Four Horse Driver, but most of the grave-markers are labeled "unknown male" or "unknown female." Each has a number and the mass burial plot is called Showmen's Rest.

Showmen's Rest will always be marked by its elephant statues - their trunks lowered - forever in mourning for those who died 100 years ago.

Friday marks the 100th anniversary of the 1918 crash, which is one of the worst rail disasters in U.S. history.

At about 4 a.m., the circus train had come to a stop on the tracks in Hammond, Ind. Most of the train had switched to a different track, but four sleeper cars sat on the mainline. Everyone was asleep when an empty troop train came barreling at them from behind, traveling upwards of 30 miles an hour. Its engineer had fallen asleep at the throttle.

The crash was so loud, a neighbor said he thought the steels mills had blown up. Those who weren't killed on impact were buried in the debris of cars made entirely of wood. It became an inferno.

"The kerosene lanterns used to light the coaches spread over the lumber and started the fire. A lot of people were trapped. They couldn't get out. They burned to death," said Rick Haney, of the Showmen's League of America.

Eighty-six souls perished -- a circus strong man, a clown's wife and sons among them. The engineer of the troop train was charged with manslaughter, but after a mistrial those charges were dropped. He had missed signals and flares telling him to stop.

"You're helpless. What could they do? They tried to signal the oncoming train but there was no response. There wasn't even a slowdown," said historian Cynthia Ogorek.
The late Warren Reeder was a five-year-old Hammond boy, who in 1918 was eager, like so many others, to see the circus. Half a century later, he provided a window to history with his book "No Performances Today" which has just been reprinted by the Hammond Historical Society.

Shortly before the tragedy, the Showmen's League of America bought a tract of land at Woodlawn Cemetery. Little did its members know that the first burials would be en masse.

The league recently unveiled a new marker dedicated to the unnamed, the unclaimed, the unrecognizable.

Remarkably, three days after so many died a century ago, the Hagenbeck-Wallace circus, with borrowed acts from other circuses, put on a performance in Beloit.

"Two performances is all they missed, because we work well with our own. We stay together. So they helped them because the show must go on," said Bill Johnson, of the Showmen's League of America.