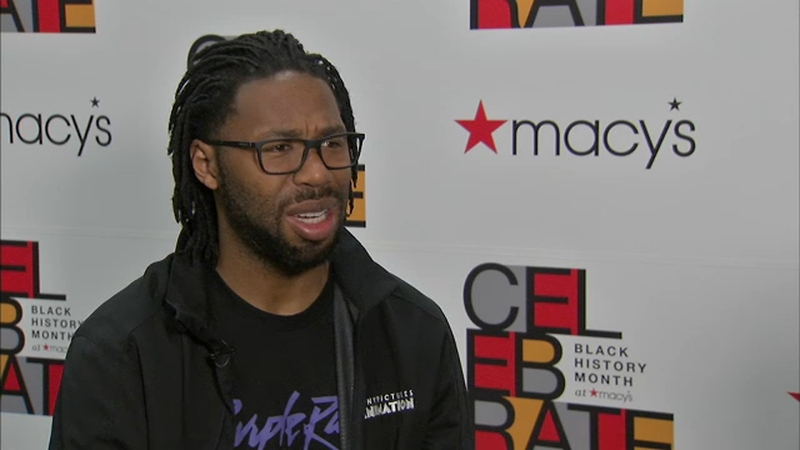 CHICAGO (WLS) -- A Chicago native who wrote and directed "Hair Love" made his first visit back to screen the Oscar-winning animated short in honor of Black History Month.

Matthew A. Cherry returned home for a film screening of "Hair Love," which celebrates black hair and beauty, at Macy's in the Loop Thursday.

"I think we really went into it with pure intentions of trying to do a small part to try and change the world and leave it better than we found it," said Cherry, who grew up on the Northwest Side and formerly played in the NFL

"It's almost kind of like being a little mini celebrity in itself, you see people doing double takes," Cherry said about the experience.

Cherry's parents are deceased but the rest of his family rooted him on from Chicago.

"Everybody has just been really proud. I think we both wish that the parents were still alive to have witnessed that moment, but you know, they were there with us. I feel like they played a big part in it happening in the first place," he said.

It's been a whirlwind time since that magical night.

"I've been one of the few former NFL players to go into directing and I've been at this for 13, 14 years now," Cherry said. "I always joke that I got more love as a former player than I did when I was actually playing."

Even though "Hair Love" is a seven-minute animated short, it's a big inspiration.

"The images that little black girls see every day that don't celebrate them, I think this is an ideal film to make them proud of their heritage," said Bronzeville resident Lynette Boone

"It tells the story of appreciating your hair, appreciating who you are as a person, loving yourself," said Tamara Thompson.

In his Oscar speech, Cherry said they made "Hair Love" to see more representation in animation and to normalize black hair.