South Side school still without power after snowstorm 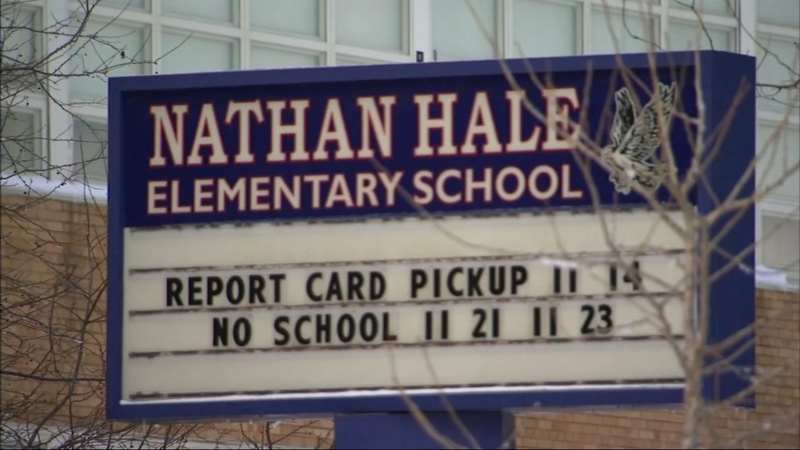 South Side school still without power after snowstorm

CHICAGO (WLS) -- Some students at Hale Elementary School on Chicago's South Side were shuttled to a nearby fieldhouse in the cold on Tuesday because of a power outage.

ComEd workers worked to restore the power to Hale, which was one of 20 schools to lose power due to the Monday snowstorm. All of the schools, except Hale, had power restored.

While there was some heat in a newer portion of the school, most of the students were walked to a Chicago Park District fieldhouse directly behind Hale.

"I think it's a little chaotic I wish there was something else they could have done about it," said parent Amanda Dragozetich.

Hale parents said they were not notified until the afternoon about the situation.

CPS CEO Janice Jackson said the decision to keep the school district open -- as a Blizzard Warning was in effect until 9 a.m. Monday -- was the right one.

"I think it's important for our students to be in school after a long holiday weekend, for many our students that is the safest and warmest place to be," Jackson said. "I don't think anything short of me climbing a pole and fixing the power, there was not much we can do about it."

On Tuesday, Hale gave parents a choice to keep their kids at home, pick them up early or stay at school.

Jamie Garcia decided to take his 13-year-old son, Anthony Garcia, home since students were just hanging out in the fieldhouse gym or doing activities.

"We're not working on anything so it's kind of fun, but then we are going to have to catch up and do a lot of work this weekend," said student Anthony Garcia.