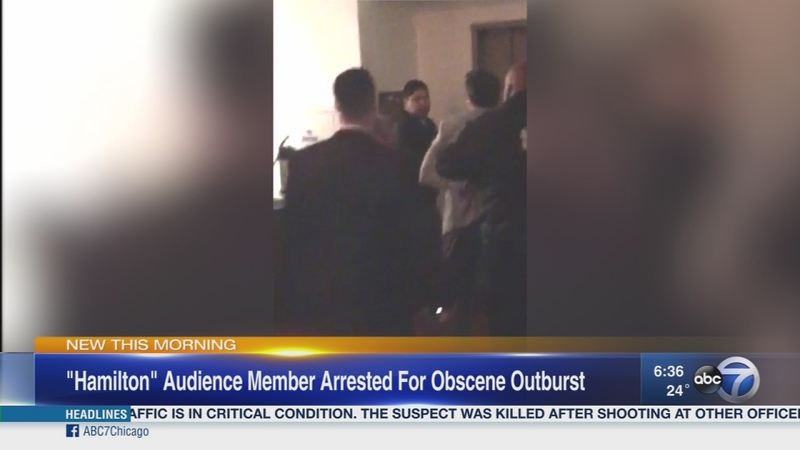 CHICAGO (WLS) -- An audience member at "Hamilton" in Chicago was arrested for a wild outburst Saturday night, police said.

An eyewitness told ABC7 that a man became agitated at a performance after a song that included the line, "Immigrants: We get the job done."

The witness said the man started yelling curses at anyone who didn't vote for President-elect Donald Trump. He was asked to leave, but he refused, so police arrested him.

Police identified the man as John Palmer. He has been charged with a misdemeanor.

The incident comes after Vice President-elect Mike Pence attended a performance of "Hamilton" on Broadway. Cast members directed a statement at Pence and President-elect Donald Trump on Twitter called on the cast to apologize.

An actor for the Broadway production of Hamilton responded, "There's nothing to apologize for."

Oklahoma Gov. Mary Fallin says she ''discussed a wide range of issues'' with President-elect Donald Trump but that she has not yet been offered a post in his administration.