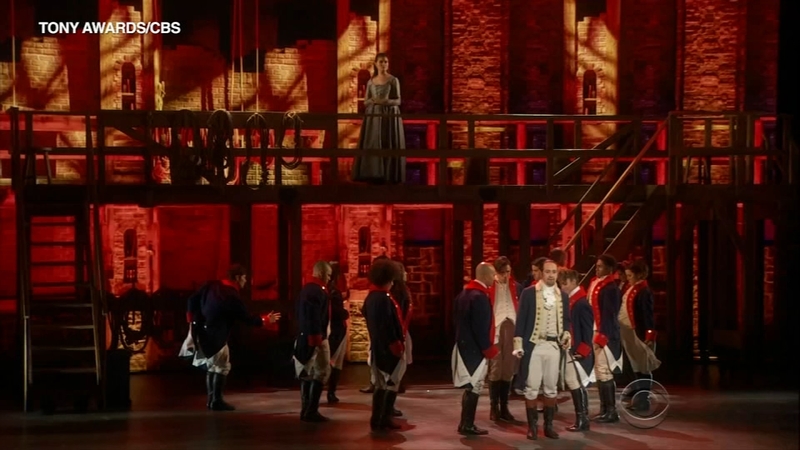 CHICAGO (WLS) -- "Hamilton" is coming to Disney+ in a very different time than it was first released. Do the actors involved feel elated or conflicted?

"I'm excited to be part of something that urges American citizens to stand up for what they believe in and, no matter what, to utilize their voice and try and create change in a country that they don't agree with," said Okieriete Onaodowan, who plays James Madison and Hercules Mulligan. "To try and create a country that they believe is true and just."

Phillipa Soo, who plays Eliza Hamilton nee Schuyler, is from Libertyville. ABC7 asked if she ever imagined she would be in such an iconic piece of entertainment, and forever associated with that role?

"It's like the wildest dream anyone could ever have," Soo said. "First of all, just to be on Broadway and to make a living as an actor, and then to be in something like 'Hamilton,' I'm incredibly honored.

Though the show ran for years in New York and Chicago, tickets were always in high demand. No audiences that couldn't ever make it to one of those major cities will have the opportunity to watch the original Broadway cast.

"I think it's incredible that many people can see this story, and I also think the way it's shot, even in the theater you could have missed just due to distance, where you're sitting," Onaodowan said.

"Hamilton" stsars Daveed Diggs and Christopher Jackson said the musical's message of revolution is relevant for the troubled moment we're living in.

"I'm watching the show and I'm getting to see things I've never seen before, and especially getting to indulge in the beautiful performances that all of my castmates have thrown out, jus, like, at the highest point of their game," Soo added.

But is there a right way to watch "Hamilton"? Should we watch in yoga pants, sweatpants? Breeches, corsets?