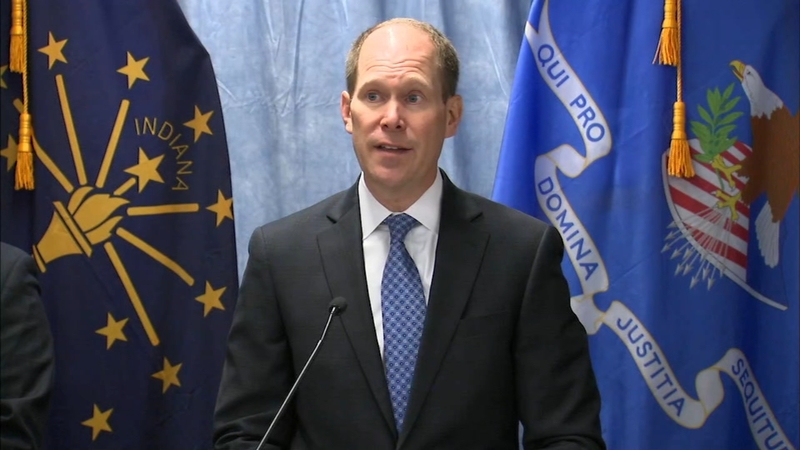 HAMMOND, Ind. (WLS) -- An alleged member of the Latin Kings gang has been charged with the 1999 murders of two men in Hammond, Ind., U.S. Attorney for the Northern District of Indiana Thomas Kirsch said Friday.

Jeremiah Farmer is accused of beating Marion Lowry, 74, and Harvey Siegers, 67, to death with a small sledge hammer at Calumet Auto Rebuilders in Hammond, Ind. on June 25, 1999.

Another alleged Latin Kings member, Mark Anthony Toney, was charged with intimidating witnesses who were cooperating with police after the murders.

"These killings were the result of heinous conduct and were completely senseless," Kirsch said.

Farmer was previously charged in the murders in 2001, but the charges were dismissed after Kirsch said critical witnesses recanted to police after threats by Toney and others.