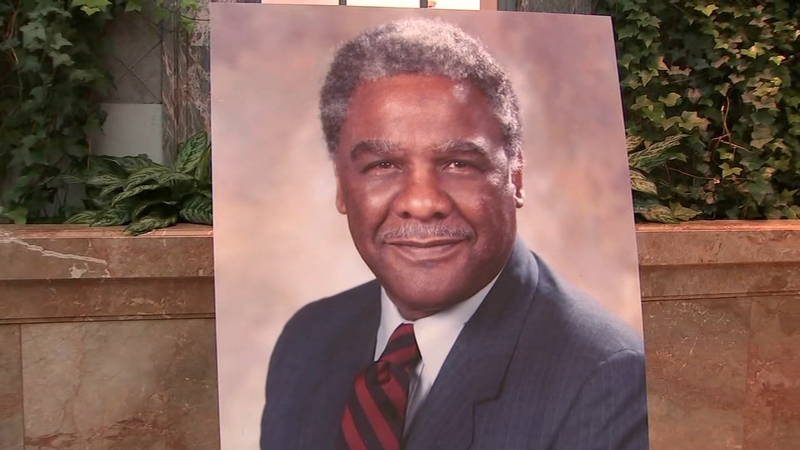 CHICAGO (WLS) -- At the library that bears his name, a party was held for Harold Washington to celebrate what would have been his 100th birthday.

The crowd of attendees was as diverse as the coalition he brought together as Chicago's first Black mayor.

"My uncle stood for, believed in, fought for a unified city," said Karen Stone, niece.

"The legacy is politics. He really put the nail in the coffin of the Democratic machine," said Roland Burris, former Illinois comptroller and attorney general.

Fellow "Council Warriors," civil rights icons and civic leaders he mentored gathered for the centennial celebration. Washington, who died in 1987, would have turned 100 this Friday.

"I have no idea what he would do, but I suspect that what he would do is sing a while," said Chief Judge Timothy Evans, who was also a Chicago alderman from 1973 to 1991. "He'd dance a while with many of you. He certainly would grab a handful of cake if there was any cake left."

"Somebody's read to give us power so that we can be a transformative agent in our own community. That's what Harold Washington meant to Latinos," said Luis Gutierrez, former Chicago alderman and U.S. representative.

"He was also a very accessible politician. We had his phone number at the City News Bureau. You could literally call his apartment and he would answer the phone directly," said John Holden, former City News Bureau reporter.

It was, of course, a night to trade stories, but also to look ahead. The work Washington championed continues, according to many.

"He always understood that the future of any positive change in our country and in the world laid in young people," said U.S. Rep. Jesus "Chuy" Garcia, who also served as a Chicago alderman from 1986 to 1993.