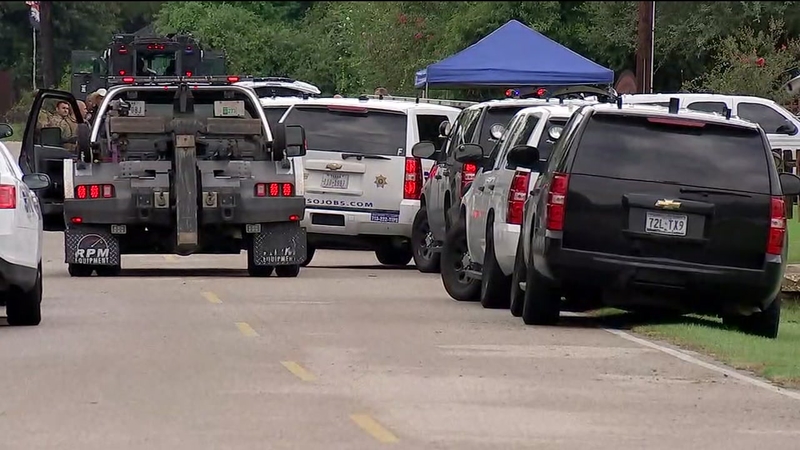 TOMBALL, Texas -- A man who was found shot outside of his Tomball, Texas home appeared to have been injured while trying to rig his home with burglar-deterring booby traps.

The Harris County Sheriff's Office gave the update late Tuesday afternoon after deputies and a SWAT unit surrounded the home in the 26100-block of La Fouche Drive in the northwest part of the county.

Harris County Sheriff Ed Gonzalez said a deputy was called to the neighborhood for a reported shot fired at 1:38 p.m. The deputy found the 73-year-old man outside with a superficial gunshot to the right side of his body. The wounded man told the deputy "there's danger in the home."

BREAKING: @HCSOTexas responding to home off La Fouche, near 99 & Tomball Pkwy. Male in his 70’s found outside with gunshot wounds, yelling “danger in the home.” SWAT trying to determine if the home is booby-trapped or if there is someone inside @abc13houston pic.twitter.com/RpkB3JxFrH

The deputy went inside but was met with what the sheriff described as some kind of discharge. The deputy got out of the house and called for backup. The deputy was not seriously hurt.

The wounded man, who is believed to be a resident of the home, was taken to the hospital.

They believe the homeowner was hurt from one of the as many as a dozen devices found.

According to law enforcement, it is illegal in Texas to rig your home with explosives. Authorities believe the devices were to scare off burglars who have broken into the home before.

The sheriff's office is consulting with the district attorney's office for possible charges.

Eyewitness News cameras fixed on the scene were able to capture an explosion noise heard from the home.

Meanwhile, Tomball ISD placed schools near the neighborhood on "lockout." The designation puts transportation on hold.

The school district, though, said it was notified that the situation is contained.

According to the school district, students who ride the No. 25 and No. 87 bus to Boudreaux Estates, where the law enforcement activity is taking place, are being re-routed to Tomball Memorial High School.