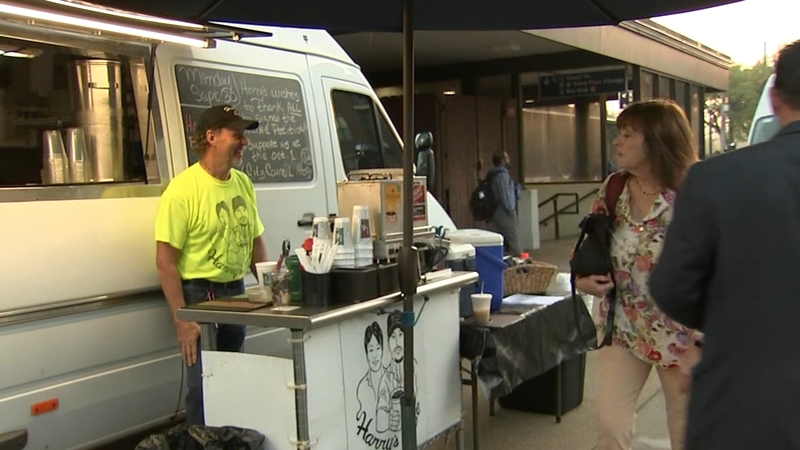 NAPERVILLE, Ill. (WLS) -- It looks like Monday will be the last day that Harry's Cafe will be allowed to serve commuters at the Fifth Avenue train station in Naperville.

Harry's has been doing that for 41 years, but the city is apparently changing the rules on where food trucks can set up. Harry's says that means that after Monday, they will have to move their truck to another street where foot traffic isn't as busy.

For folks that stop by Harry's every day, it truly is the end of an era.

"You might be dragging on a day when you are going to work and he's always got a ready smile and a joke," said resident Francine Coutu.

Harry's supporters created a petition to keep the truck where it is to continue the long standing tradition of coffee, conversation, and a smiling face for years to come.

The city is holding a hearing Tuesday at 7 p.m. to discuss the ordinance changes.