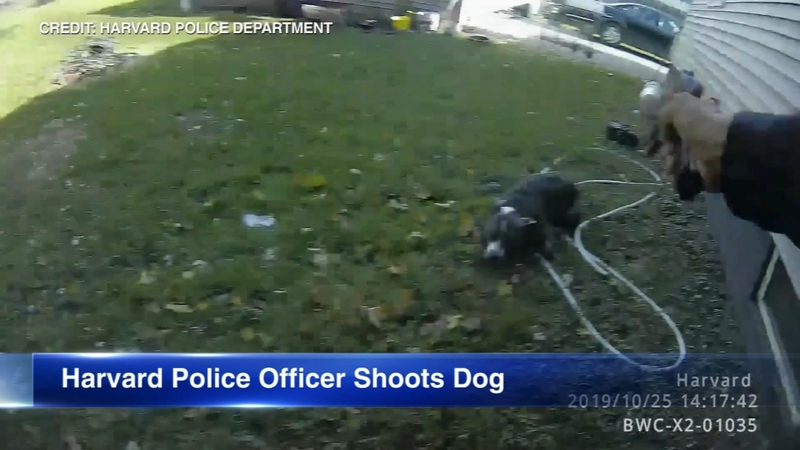 HARVARD, Ill. (WLS) -- Police body camera video captured a police officer shooting a dog while responding to a call of someone making threats with a gun in far northwest suburban Harvard.

Police said the officer had his gun out after getting a call about someone with a weapon in the 200-block of East Metzen Street Monday evening. The Harvard police chief said the suspect was known to be at the home at the time officers responded.

According to the Harvard police chief, the dog was not on a leash. The dog did survive the shooting.