HARVEY, Ill. (WLS) -- Residents are on edge in Harvey after a home went up in flames. It's the third house to catch fire in the south suburb in less than a week.

Firefighters said the blaze was fully involved when they arrived on the scene in the 15200-block of Page Avenue. They said the fire appears to be suspicious.

No one was living in the home and no one was hurt. That was also the case for two other house fires, which occurred less than a mile away last week.

An empty house caught fire in the 14900-block of Wood Street around 12 a.m. Tuesday. The home next door, which was being renovated, went up in flames last Thursday. That house is now boarded up. 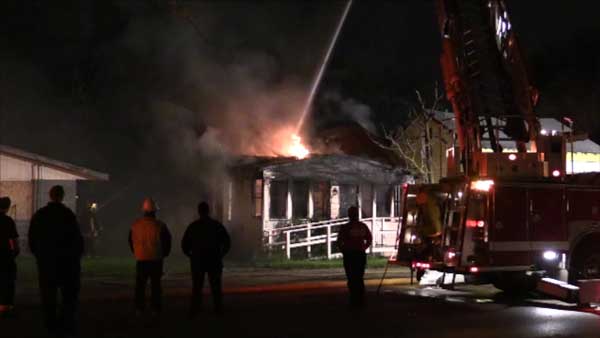 2 homes in Harvey catch fire in less than a week