HARVEY, Ill. (WLS) -- A manhunt was underway Monday evening in south suburban Harvey in connection to a string of weekend shootings that left one person dead and two injured.

Harvey police are searching for a man considered armed and dangerous.

Following tips about the three possibly-related shootings over the weekend, officers visited a gas station at Dixie Highway. They arrested an armed man inside.

However, two other men in a vehicle took off running, police said.

One of them was caught, but the other remained on the loose as of 7 p.m.

Officers said they found multiple semi-automatic weapons inside the vehicle.

Antwon Clayton Jr., 22, was fatally shot Sunday morning in the 15700-block of Marshfield. His death was ruled a homicide, according to the Cook County Medical Examiner's Office.

The shooting is believed to be related to two drive-by shootings Saturday afternoon, Harvey officials said. One of the victims of Saturday's shootings was in critical condition late Sunday. 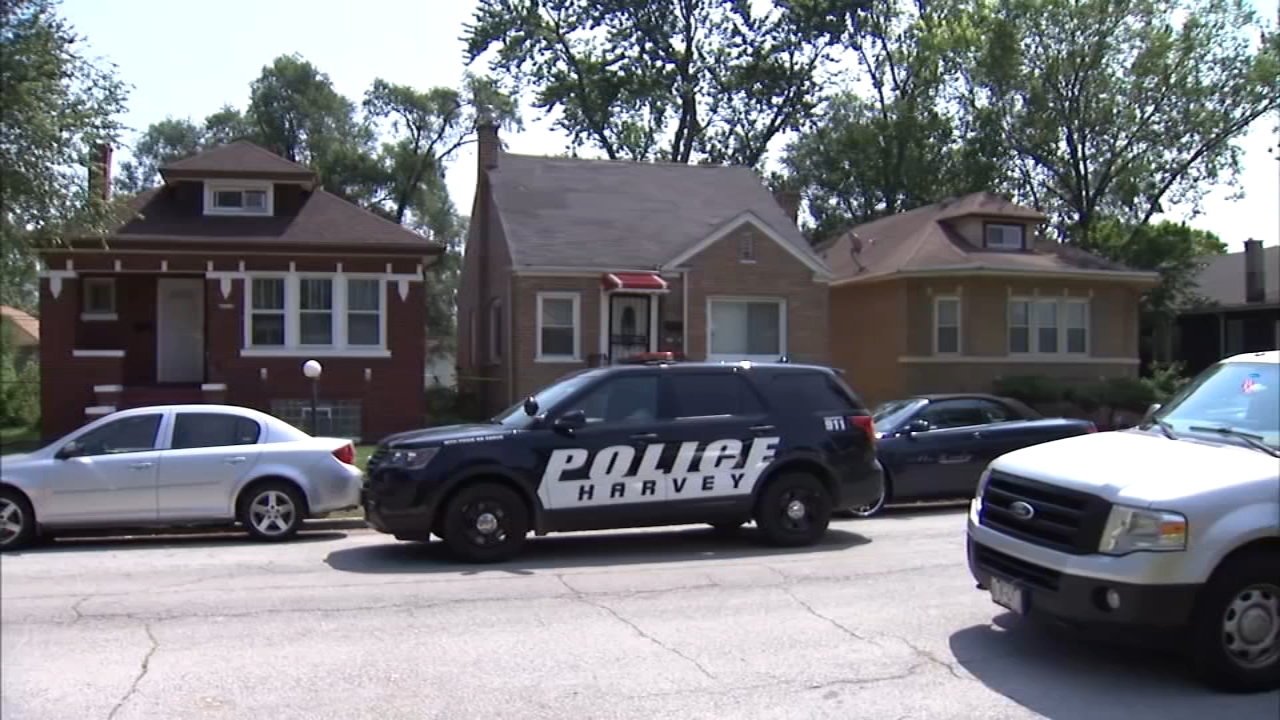 Just after noon Saturday, shots were fired near 157th and Paulina resulting in a man being shot in the head. He was hospitalized late Saturday in critical condition. About 45 minutes later, shots were fired at 157th and Turlington where another man was struck in the leg.

Sean Howard, a spokesman for the city of Harvey, said the shootings were not random and were fueled by social media posts by the people involved.