HARVEY, Ill. (WLS) -- Police said they responded to a report of a fight at a home in south suburban Harvey, but then stumbled upon a major marijuana operation.

When officer's got to Maurice Mance's house, they said they found cannabis plants and a growing system inside.

Police estimate that the house was filled with more than 200 pounds of pot. 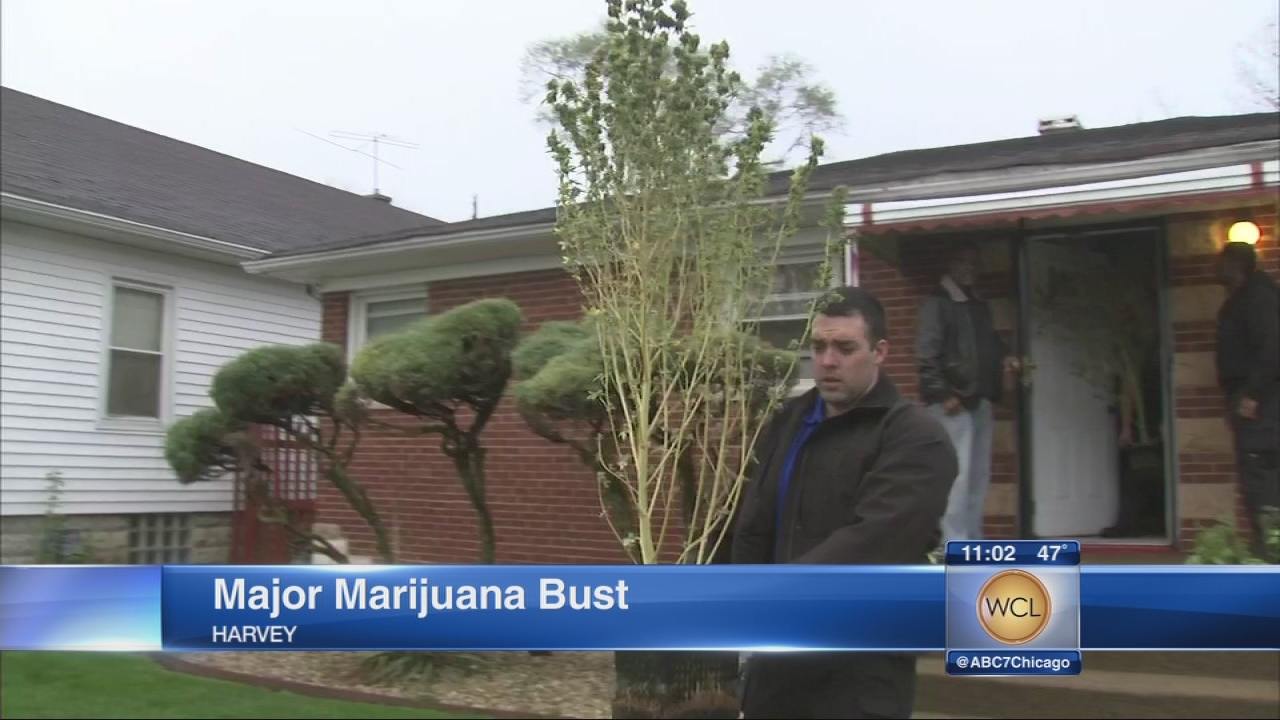