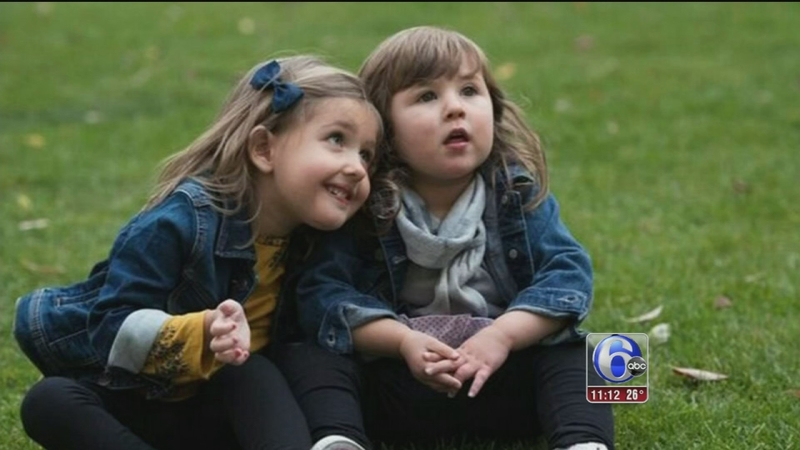 2 toddlers with rare disease form friendship in their fight

HATBORO, Pa. -- Like most 3 year olds, Molly Duffy of Hatboro, Pennsylvania is active and adorable.

But the toddler also lives with an extremely rare disease called hereditary spastic paraplegia or SPG47, which causes delays in cognitive and physical functions like talking and walking. The diagnosis came last year.

"Initially we were devastated. And not having information, we didn't really know where to turn. We didn't have anyone to talk to," said Angela Duffy, Molly's mother.

"We were originally told there's seven medically-documented cases, and none were in the United States. We were on an island. Were were the only ones," said Kevin Duffy, Molly's father.

No cure and no active research, Kevin and Angela Duffy tried to remain hopeful.

It became a bit easier when they learned about Robbie Edwards of Massachusetts, a 3-year-old with the same condition.

Their parents connected on a Facebook support group in September, and the families met face to face last month in Boston.

"Our hearts started racing. There's someone else and they're in Boston. For us, it really changed our outlook," said Kevin Duffy.

The two toddlers played together, united by their their common conditions, and their parents desire to save their lives.

Even though caring for Molly is a full-time job, the Duffy's are taking on a new challenge. They've started a nonprofit to raise awareness and hopefully find a cure for SPG47.

"There's gene therapies that are on the horizon that show promise. They'll be able to, I think, stop the progression," said Kevin Duffy.

Until then, The Duffys and Edwards hope that spreading the word about SPG47 will also help diagnose others like Molly and Robbie, who they believe aren't alone.