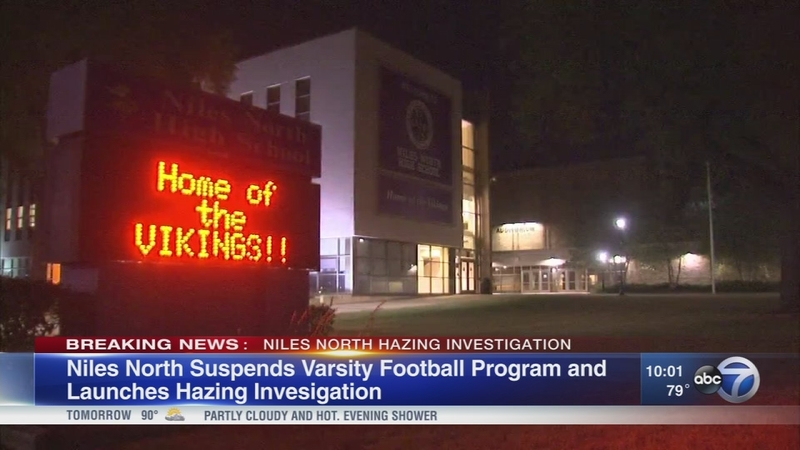 School officials sent a letter to parents Monday alerting them to the report. According to officials, the incident took place over the weekend.

Officials said the Skokie Police Department has been notified and is investigating. Varsity football operations are suspended until further notice. The school's homecoming is in three weeks.

Administrators said the school has a zero tolerance policy on hazing.

Officials did not release any details about what the reported hazing incident involved, or who or how many people were involved.

"The safety and security of our students is our top priority," said Principal James Edwards in a statement that accompanied the note to parents. "We have zero tolerance of hazing or even the threat of it. Because this is a matter that involves student confidentiality, we ask that our students and families be patient as the investigation unfolds."

This announcement comes on the heels of criminal charges filed against five Wheaton College football players in connection with an alleged hazing incident involving a teammate in 2016.

That case put the issue of hazing in school athletics into the national spotlight.