Convicted skin-scam doctor fights back in court, on ABC7 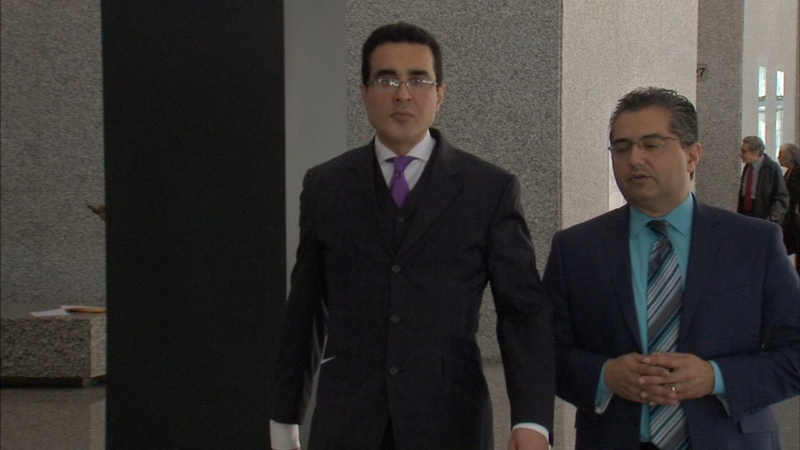 Convicted skin-scam doctor fights back in court, on ABC7

CHICAGO (WLS) -- A downtown dermatologist convicted of health care fraud after passing off cosmetic procedures as medical treatments insists he is an innocent man.

"I've done nothing wrong. I've just done nothing wrong and that's a fact," Dr. Omeed Memar told the ABC7 I-Team in his only television interview. A federal jury disagreed with that assessment after a week-long criminal trial one year ago.

Memar asked the 7th U.S. Circuit Court of Appeals in Chicago on Wednesday to throw out his conviction or grant him a new trial after he was convicted a year ago of telling insurance companies that a cosmetic laser treatment he used on eight patients was actually a treatment for a precancerous condition that none of the eight patients remembered having.

Memar, 49, is currently serving three years of court supervision and community service and his state medical license to practice has been suspended.

Federal prosecutors have said that after misleading patients and cheating the system he lied to authorities and "thought he would get away with the scheme because he was a doctor."

Memar's attorney Taher Kameli told the appellate court on Wednesday that Memar was being condemned by circumstantial evidence for having a medical opinion and treating patients as he saw fit.

"This case is about is his diagnosis," Kameli said in an interview. "The diagnosis he made for his patients based on his expertise and the tools that he used that he believed based on that expertise is gonna help the patient. And now he is getting punished."

Federal investigators said Memar used an "intense pulsed light" to treat patients and billed it to insurance companies as treatments for the precancerous condition actinic keratosis, or AK, which manifests as red, scaly patches on the skin. At trial, however, eight of Memar's patients who received the treatments testified that they never had such patches, nor did they remember Memar telling them they had AK.

The dermatologist, who could have received a 120 year prison sentence, said neither he nor his treatment were a fraud.

"This is a case that every physician in every specialty has to be concerned" said his attorney Taher Kameli..."why your expertise and your knowledge is going to come under question every time from now on, not just by other attorneys by now by the US government," Kameli said.

"Are we becoming a society that every diagnosis of a physician coming under scrutiny by medical insurance, by the government?" he asked.

After Wednesday's hearing the appeals court is expected to issue a ruling in the next few weeks or months. Memar, who made numerous appearances on ABC7 as an expert dermatologist prior to being charged, says he is currently working as a doctor's assistant at University of Illinois hospital.

His attorney argues that the federal case should not spell the end of Memar's medical career.