WLS
By Mark Rivera
CHICAGO (WLS) -- Illinois healthcare experts are trying to determine what caused two groups of student to get sick after visiting the Shedd Aquarium.

About 15 kindergartners from a Chicago Catholic school became sick after visiting the Shedd Aquarium in April, several days before over 100 suburban students got sick after holding their prom at the same location.

About 15 of the 52 students from St. Clement School who visited the Shedd April 17 became ill that evening or the next day, according to Susan Thomas, manager of public relations for the Archdiocese of Chicago.

The kindergartners did not eat at the Shedd, Thomas said. They only visited the aquarium itself.

Right now experts are saying this is a norovirus-like illness but they don't know how or where it started. The Chicago Health Department is adamant about this they say quote: "there's no risk right now." But families and tourists we talked to say more should have been done to alert people visiting the aquarium.

"To have the entire class or the majority of a class get the flu the next day, it's terrifying," said St. Clement mom Michele Vaccarello.

St. Clement Pastor Fr. Paul Seaman says as soon as they learned dozens of high school students got sick after his kindergarten class came down with a flu-like illness, his staff took action.

"We reported it to say there seems to be some kind of pattern here so we want to make sure we know what we're dealing with," Fr. Seaman said.

But at the Shedd, tourists and families ABC7 talked to seemed to have no idea about the students who became ill.

Asked if the Shedd reached out to his group of aquarium patrons, chaperone Bryan Joseph said, "They did not. Nobody did...yeah."

"Absolutely not. We went in, we had no clue. You were the first to tell us about this," said tourist Norma Bashker.

"No. I was not aware," said mom Diana Ramirez.

The Chicago Department of Health released this statement:

As an extra precaution Shedd has also completed multiple rounds of environmental cleaning and the health departments continue to survey students or others reporting possible illness, including school groups who visited Shedd after the prom event.

That's why the Chicago Department is Health says it is taking all precautions to keep public safe.

At this point, CDPH has not identified patterns of illness that raise concern. Norovirus is a very common illness and can spread quickly, especially in groups of young children. We have not directly connected the Shedd to St. Clement's.

We have taken every measure to ensure public safety. CDPH believes that all members of the public can continue to enjoy visiting the Shedd at no risk.

"Hopefully they're correct, and hopefully they can be maybe a little more proactive in the future and other families aren't faced with this," Fr. Seaman said.

Chicago just had a record breaking first quarter in tourism. More than 55 million tourists visited the city last year with the Shedd being a big draw. The Chicago Health Department and Shedd will be monitoring this closely. 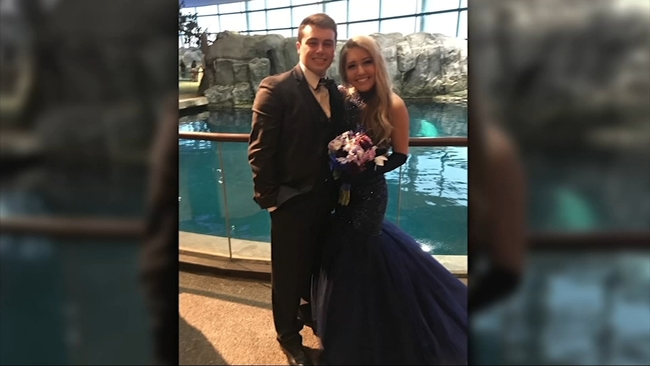