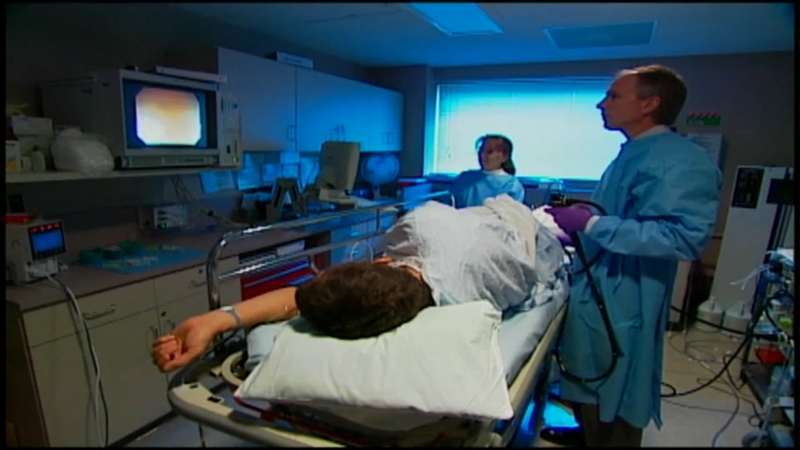 Medical experts are now officially recommending that people of average risk start getting screened for colon cancer at age 45, rather than 50, which was the previous standard.

The announcement Tuesday morning finalizes prior draft guidance last fall, and aligns with the American Cancer Society's stance. It indicates a solidifying push for awareness, and underscores the urgency of better, more widespread screening amongst age groups that may not know they're at risk.

Insurance coverage is directly tied to the task force's new recommendations, in fact, experts noted that companies will now be required to cover such screenings.

Now, millions of younger Americans can get checked for the condition at no out-of-pocket cost.

"The prognosis is so much better if you catch it at an earlier stage, for what is such a frightening trend," Dr. Kimmie Ng, the director of the Young-Onset Colorectal Cancer Center at Dana-Farber Cancer Institute, told ABC News. "Having these new guidelines is so important -- they support and validate the alarming epidemiologic trends we've been seeing. I think this should be a call to action."

ABC13 executive producer Keith Browning was just 23 and a newlywed when he was diagnosed with stage 3 colon cancer. Here, he shares his story of survival and three things to know if it happens to you or someone you love.

Colorectal cancer impacts the gastrointestinal system's final segment. It is the second leading cause of U.S. cancer deaths, and yet, it remains one of the most treatable, even curable cancers, when caught in its early stages.

But catching it early can be tough when you don't know you're supposed to start looking.

Until recently, screening was not generally recommended for the below-50 crowd. This led to potentially vulnerable, or even sick adults putting off testing thinking their symptoms did not rise to the level of firm diagnosis. Because of this lack of awareness, pernicious, possibly cancerous growths remained undetected for too long, experts say, and now, young patients are suffering from more advanced, harder-to-treat cancers.

"(Colon) Cancer is simply not on their radar," Ng said. "They're otherwise young and healthy. So we need to emphasize that yes, this can happen in young people."

"Way too young" were the words resounding across the globe in August 2020, when news broke that actor Chadwick Boseman, at just 43 years old, had died of colon cancer. The shock of his loss was compounded by a common misconception: that the disease impacts only older people.

His widow has since spoken out, urging men under 50 to get screened.

Accruing evidence shows that while the overall incidence of colorectal cancer in the 50-and-older crowd is on the downturn -- in large part because of increased screening, experts say -- rates are climbing at a "concerning" and steady pace, and amongst younger groups.

In the past decade, those under 50 have roughly doubled their share of overall U.S. colon and rectal cancer cases. By the year 2030, colorectal cancer is on track to nearly double in people under 50, according to the Dana-Farber Cancer Institute.

One peer-reviewed study published by JAMA recently projected that colorectal cancer is estimated to become the leading cause of cancer-related deaths in people 20 to 49 by 2030.

And yet, as much as a third of eligible individuals are not up to date with their screening, experts say, with an even lower rate among the uninsured and underinsured, those with low incomes, and racial and ethnic minorities.

Beginning to screen at this new, lower age can avert more early deaths, and help to reverse the current trend, experts say.

"We really get a twofer with colorectal cancer screening," Dr. Michael Barry, a USPSTF member and director of Informed Medical Decisions in the Health Decision Sciences Center at Massachusetts General Hospital, told ABC. It allows doctors to troubleshoot emergent issues that could become cancer and catch cancer sooner, when patients are more treatable.

"To the extent that physicians and health systems need to redouble their efforts for colorectal cancer screening for everyone," Barry said. "Maybe we need to triple our efforts for making sure that our Black patients are screened."

But experts note that the new guidelines will need to be enforced with the help of awareness campaigns and individual incentives. Companies, for example, could give their employees paid "wellness days" to undergo colorectal screening or provide daycare or transportation vouchers.

"Right now, these guidelines are important, but they're words on paper," Ng said. "And if we're going to realize the full benefits of what screening can accomplish, they need to be implemented."