Caramel apples linked to listeria outbreak; CDC warns consumers not to eat them 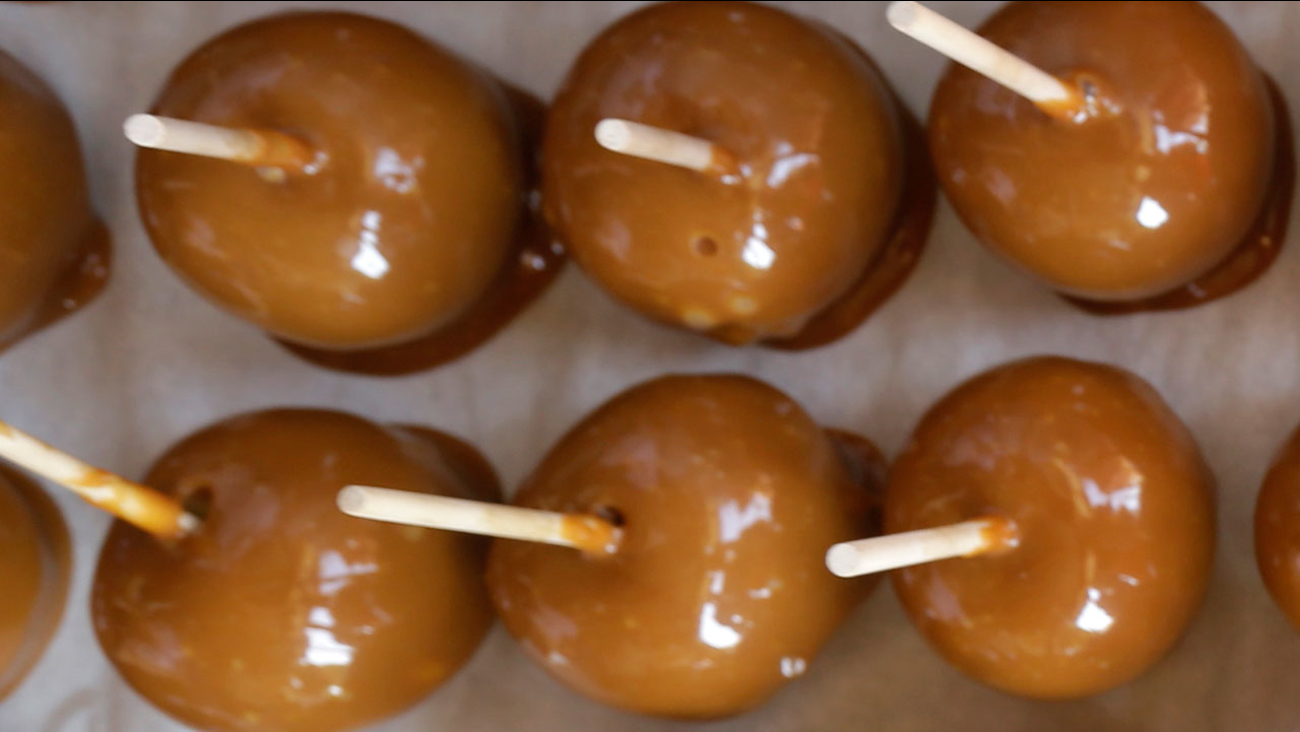 WASHINGTON (WLS) -- Prepackaged caramel apples are linked to five deaths and more than two dozen illnesses in 10 states, according to the Centers for Disease Control and Prevention. There are no reports of illnesses in Illinois.

The CDC says investigators are trying to determine the specific brands that were involved in the Listeria monocytogenes infections (listeriosis). Under an "abundance of caution," consumers are warned not to eat prepackaged caramel apples until more is known.

That includes plain caramel apples as well as those with nuts, sprinkles, chocolate or other toppings, the CDC said. While normally considered a fall treat, caramel apples have a shelf life of more than a month.

Consumers who have prepackaged caramel apples in their homes should throw them away in sealed, plastic bags to keep other people or animals from eating them.

None of the illnesses is linked to homemade caramel or uncoated apples.

The CDC says it knows of 28 cases in which people were sickened by a form of bacterial food poisoning called listeria, with 26 hospitalized.

Two of the deaths were in Minnesota, and health officials in that state said those who fell ill there purchased the caramel apples from the stores Cub Foods, Kwik Trip, and Mike's Discount Foods. Those stores carried Carnival brand and Kitchen Cravings brand caramel apples, none of which are still available for purchase, according to the Minnesota Department of Health. They said other brands and store locations may be impacted as the investigation continues.

The CDC said two additional deaths were in Texas and California. The agency said illnesses also occurred in Arizona, California, Missouri, New Mexico, North Carolina, Utah, Washington, and Wisconsin. Missouri and New Mexico had the most illnesses, with five each.

Listeria is a foodborne illness that is especially dangerous to pregnant women, newborn babies, the elderly and those with compromised immune systems. It rarely causes serious illness in healthy people and can be treated with antibiotics. Symptoms include fever, muscle aches, nausea and diarrhea.

Because it can be so serious for some people, outbreaks of listeria generally cause more deaths than other pathogens such as salmonella or E. coli. An outbreak of listeria linked to Colorado cantaloupe in 2011 caused 33 deaths.

The CDC said that the outbreak linked to the caramel apples began Oct. 17 and the last known illnesses started Nov. 27. The agency said illnesses that have occurred since early December may not have been reported yet. Those sickened ranged from seven to 92 years old, with a median age of 64 years.

Nine of the illnesses involved either a pregnant woman or an infant, the CDC said. Listeria is dangerous for pregnant women because the illness can be passed to an unborn baby even if the mother is not showing signs of illness. It can sicken a newborn or lead to a miscarriage, preterm delivery or stillbirth. The CDC said no miscarriages or fetal losses were reported in this outbreak.

Health officials in New Mexico said that state's cases included three newborn babies infected in the womb. The babies have since recovered.

Three cases of meningitis linked to the listeria were reported in older children, the agency said. Those three children were not among the deaths, CDC's Braden said, but the agency is "very concerned" that those cases occurred in otherwise healthy children. While listeria can infect newborns, "usually we would not see this kind of infection in healthy older children," Braden said.

Braden said there may have been more illnesses in children because kids are more likely to eat caramel apples, or possibly because the apples were heavily contaminated.