WLS
By Eric Horng
CHICAGO (WLS) -- A Chicago man who just returned from West Africa is being monitored Wednesday night for Ebola by the city health department. The man says he has no symptoms.

Marcus DiPaola has been checking his temperature religiously. The 23-year-old freelance journalist spent a week in Liberia covering the Ebola outbreak. His reporting took him to treatment centers and to where bodies were being collected.

However, DiPaola says he never had contact with anyone who was ill.

"As a reporter, the rule is if you're close enough to need PPE, which is the spacesuits, you're too close," DiPaola says. "And you have to back up. I never got close enough to anybody to need to wear PPE."

Now the Chicago Department of Public Health is monitoring his health for 21 days, counting from when he left Africa. Three times a week, he says nurses take his temperature at home. On the days they don't come, they are in contact by phone. DiPaola is allowed to come and go as he pleases, see visitors and take the train.

He returned to Chicago on Oct. 20. His temperature was taken multiple times before leaving Liberia, as well as at connecting airports in Morocco and New York.

Last weekend, he was told by New York health officials that Chicago officials would be contacting him, but it wasn't until Wednesday, nine days after his return, that the CDPH got in touch.

"They're doing that now," he says of the monitoring, "But I'm at such a low risk that I can't blame them for not doing it immediately."

It wasn't until after DiPaola gave a radio interview Wednesday morning that the Chicago Department of Public Health says it learned of his travels. In a statement tonight, the CDPH says it did not act earlier because its Ebola safety protocols were instituted just this week.

"CDPH takes Ebola very seriously and has a number of procedures in place to ensure the safety and well-being of all residents," the department said in a statement. "Under CDC protocols instituted on Monday, any traveler who returns to the country from a nation impacted by the Ebola epidemic and is asymptomatic must be monitored for 21 days by the local public health agency at their final destination." 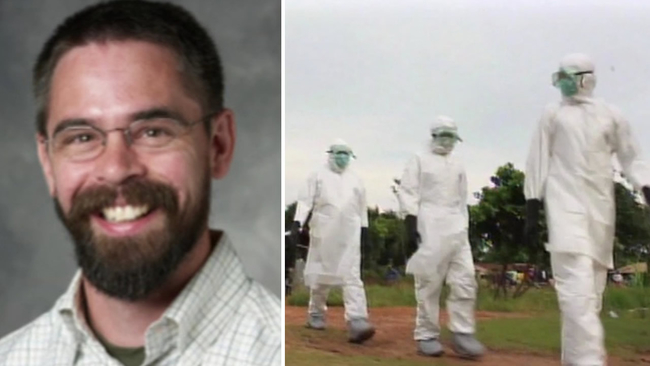