WLS
By Evelyn Holmes
CHICAGO (WLS) -- A Chicago police officer and mother of four left the hospital after she underwent a bone marrow transplant.

After undergoing a life-saving bone marrow transplant, a Chicago police officer has a message to share about the critical need for more donors. Blanca Magallon left the hospital on Monday.

Magallon is beating the odds. After fighting an aggressive cancer for months, she's going home just days after a successful bone marrow transplant gave her her life back.

"I'm no one special. I'm just someone that got lucky," Magallon said.

In July 2014, the Chicago police officer and mother of four was diagnosed with an acute leukemia, a quickly progressive cancer of the blood and bone marrow. Doctors told her then, that without a transplant, her prognosis was bleak.

"She's going to live and that's the one thing we are grateful for that her little girls are going to have their mother," said Sandra Magallon.

Magallon began chemotherapy while friends and family searched for a donor. They pleaded for people to get tested after none of them matched. The search was especially difficult because the donor needs to have the same ethnic background as the patient.
Magallon is Hispanic.

Finally, after nearly six months, a stranger provided hope. Last Wednesday, Magallon underwent the lifesaving transplant from an anonymous donor located through a worldwide registry by the University of Illinois Hospital transplant program.

"God bless that man, whoever he is, I'll never get to meet him. But God bless him for stepping up," Magallon said.

The procedure went well. Doctors say the next months and years are crucial in making sure Magallon's body doesn't reject the transplanted cells and that the leukemia doesn't come back.

"We have much less chances to see any relapse, so the time is our friend," said Dr. Damiano Rondelli, University of Illinois Hospital and Health Science.

The 42-year-old says she's humbled by the outpouring of support and kindness. It's helped to define a new purpose in her life.

"It's grown in my heart, not to walk away and forget that's there's other people out there like me," Magallon said. "I feel like nothing's put on you, you can't handle. For whatever reason, sometimes I think there's a bigger plan."

Now, Blanca Magallon is in remission and could be cancer free as she looks to her future. Magallon says she and her family plan on organizing donor drives once or twice a year aimed at getting minorities to get tested.

The Chicago cop says although she has to be careful with her immune system, she's feeling pretty good and plans on returning to work in about three months. 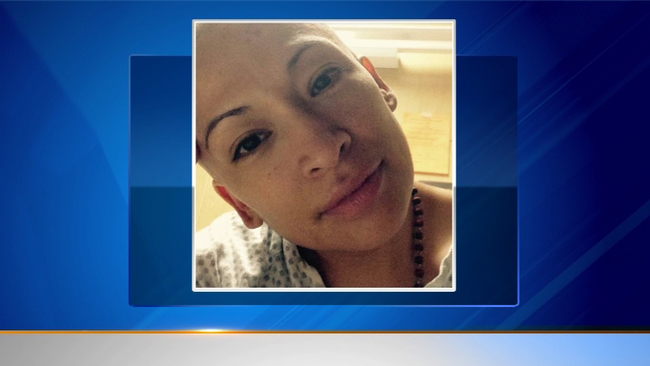 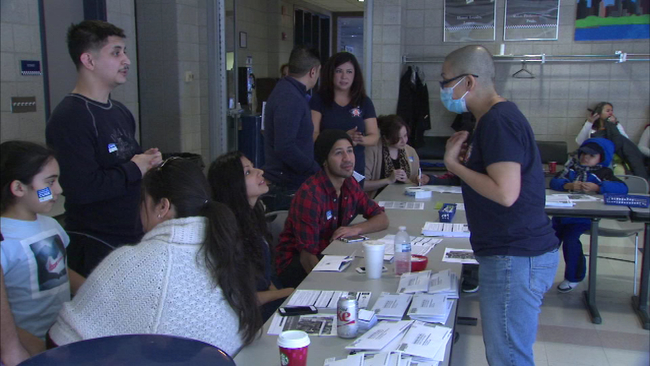 Bone marrow drive draws dozens hoping to 'Be the Match"