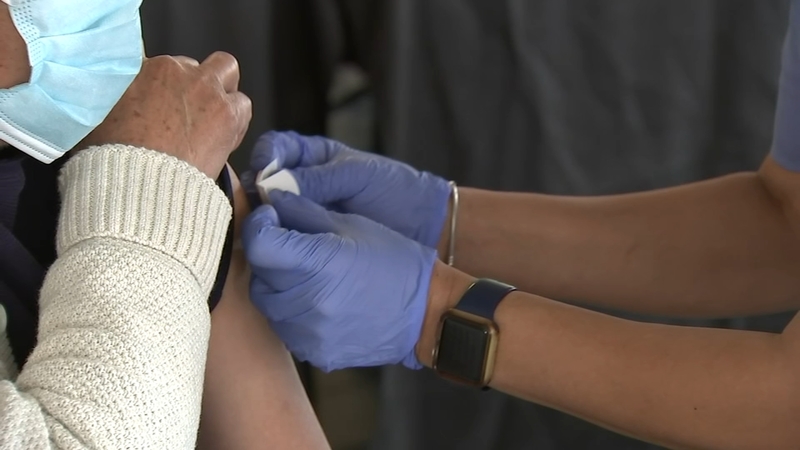 Grubhub is donating a $50 gift card to every household that participates in Chicago's newly-expanded in-home vaccination program.

"Make it a family affair. You make one appointment for your whole household," Arwady said. "We do have Pfizer and J&J available, and we will come back for that second dose."

Chicago's in-home vaccination program was launched initially launched in March to bring vaccines to homebound seniors and those with disabilities, then expanded to all seniors in May.

Appointments can be booked by phone at 312-746-4835 or residents can register online at www.chicago.gov/athome.

The expansions and new incentives are aimed at young, hesitant populations in communities like Englewood, where the vaccination rate is less than half of that in some other neighborhoods.

The city will also give out 1,200 single-day Lollapalooza passes to those who make a special appointment at one of four select City vaccination sites on Saturday, June 26. Each site will offer passes to a different day of the music festival:

The incentives are being offered as the more contagious Delta variant continues to multiply.

According to White House COVID response team, Delta variant cases in the U.S. have doubled to over 20% in the last two weeks. In Chicago, 70 cases of the variant have been reported.

"They are all over the city, but they are very strongly concentrated in unvaccinated Chicagoans," Arwady said.

Health officials said both doses of the vaccine are very effective against the Delta variant.

While 54% of Chicagoans have received a first dose, the number remains low in several neighborhoods and is lowest In Englewood.

Karriem Watson with Miles Square Health Center has focused his job on getting more people vaccinated in minority neighborhoods, but said young people have been a challenge.

"I think we need to utilize what the youth are actually using, which is social network and social media," Watson said. "Do we get more young ambassadors, have conversations with them?"