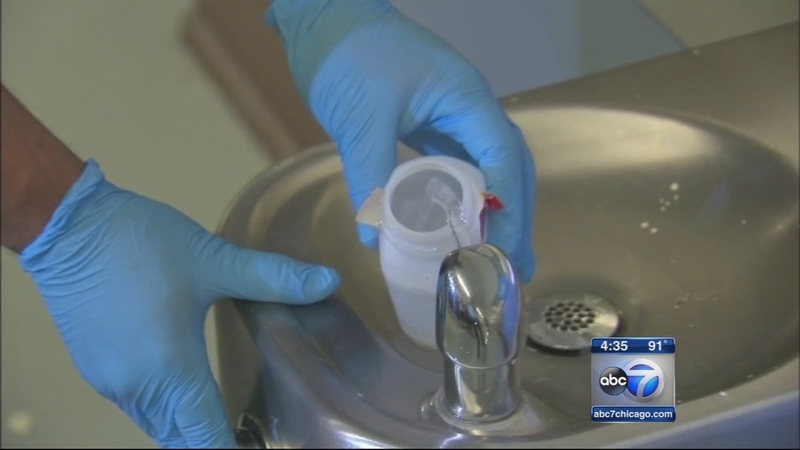 CHICAGO (WLS) -- Chicago Public Schools hosts its first public meeting to inform parents about the lead testing process and what their next steps will be.

Testing water in CPS schools for toxic levels of lead was not an undertaking required of the school system.

"I give CPS a lot of credit for being proactive. They are the first district - there may be others in the state I'm not aware of, but they have been taking this on without the requirement right now," says State Sen. Heather Steans (D-7).

Sen. Steans says there is no federal or state mandate to test the lead levels in water in public schools, but she's hoping to change that by co-sponsoring a bill requiring the testing in school districts across Illinois. The focus would be on schools built before 1987, when lead pipes were still used, which house pre-K through fifth grade students as exposure to lead is most harmful to young children.

"There's clearly a problem that needs to be addressed. I think we're doing it in a way that's as cost effective as we can, and to prioritize it," Steans says.

She estimates the cost would be about $3,000 per school. The bill passed the State Senate in May and she hopes the House will pass it in the fall at the latest.

So far, 27 Chicago schools - up from 24 - have tested positive for elevated levels of lead in its water and the testing continues. Many parents said they are not waiting for results to determine if the water is safe and taking their own precautions.

"Actually, I was very concerned when I first heard about it so I started buying bottled water and sending it to school with my children. They are afraid to drink out of drinking fountains," says CPS parent Dawn Payton.

CPS has shut down all sinks and water fountains where elevated levels of lead were found, and say if parents are concerned about their children's exposure they should take them to a pediatrician for testing.