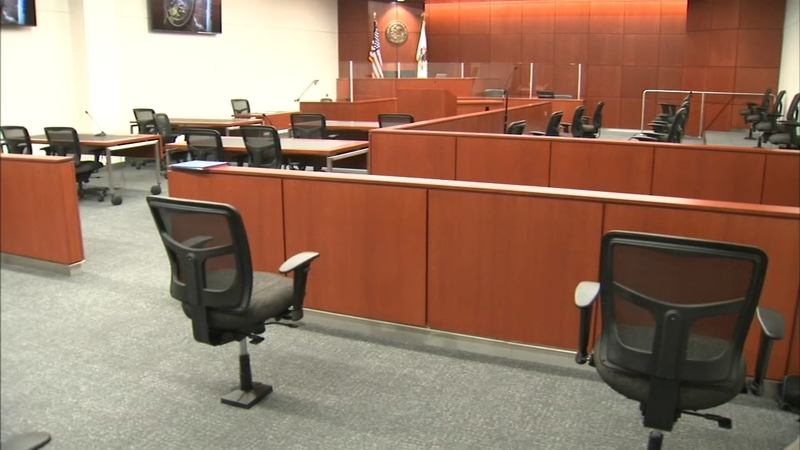 WHEATON, Ill. (WLS) -- In-person jury trials resume on March 1 at the DuPage County courthouse, and the pandemic has prompted multi-million dollar changes to the keep everyone safe, according to the circuit's chief judge and county officials.

The DuPage County Board allocated $13 million of CARES Act federal funding to update the Henry J. Hyde Judicial Facility in Wheaton during the last four months, according to county board members.

The changes included four courtrooms, which means socially distant seating, especially for the jurors. Court 3011, the largest courtroom, has a jury box with 14 seats, a gallery that can seat 16 members of the general public, and four tables for lawyers.

The chief judge is eager to get trials back on track.

"This is truly one of the hallmarks of the United States judicial system. It's a trial by your peers, no other place in the world has it like we do," Chief Judge Popejoy said.

Chief Judge Popejoy said because of the pandemic there's a backlog of about 100 trials at the courthouse.

In 2020, the court system conducted 18 trials before the pandemic, he said. But once the pandemic hit, raising concerns about public venues, the courts were only able to complete four additional trials, totaling 22 trials over the last year.

To tackle the backlog, Chief Judge Popejoy would like to have four trials up and running at any given time in the coming weeks and months, while also understanding there could be safety tweaks along the way.

Although in-person trials were impacted, Chief Judge Popejoy emphasized that courts did remain open for other proceedings, some of which were conducted via video conferencing.

For DuPage County's board, it's been a race against time to implement structural changes at the courthouse. Board members said the county received $161 million of CARES Act funding last year. They considered $13 million to the court systems a priority, board members said.

"To construct something like this in four months' time - plan, to contract, to construction, is just phenomenal," said DuPage County Board Member Mary Ozog.

The money was also used to update the jury commission, a check-in location for all potential jurors. The room is designed to seat 90 people in a socially distant format. The jury deliberation room adjacent to Courtroom 3011 also has socially distant seating around a sprawling table.

An HVAC system was placed on the rooftop, improving air quality for the building, officials said.

Courtroom technology is also upgraded, including big screens and cameras for hybrid hearings.

"This project cost in the neighborhood of $13 million. We retrofitted four courtrooms, this being the largest," said Board Member Julie Renehan, as she stood in Courtroom 3011.

All changes to make sure the wheels of justice start turning again, despite the pandemic.

"Our litigants need this to get done," Chief Judge Popejoy said. "They need to have that day in court. And that day in court is important."
Report a correction or typo
Related topics:
health & fitnessdupage countywheatonsafetysocial distancingface maskcourtcoronavirus illinoiscoronavirus pandemiccovid 19
Copyright © 2021 WLS-TV. All Rights Reserved.
CORONAVIRUS ILLINOIS 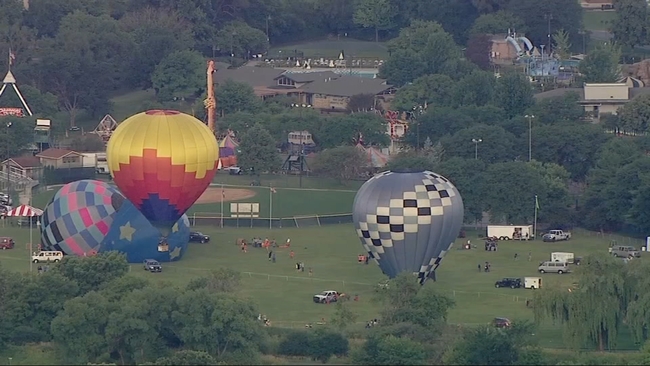