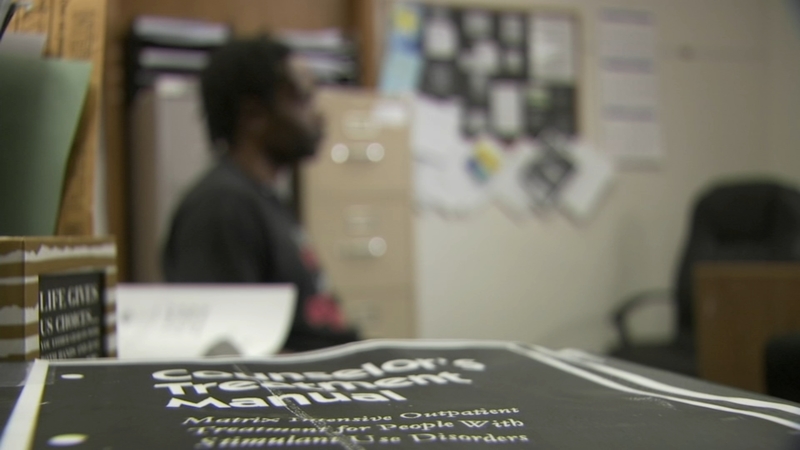 Darnell Latham started with alcohol at 13, then moved on to marijuana. He eventually found his way to heroin at 18.

"I guess I was the curious type. I wanted to see what the drug did to people," Latham said.

Now in his late 40s, Latham is in court-mandated treatment at the South Suburban Council in Hazel Crest, Illinois.

"What I learned since I been in treatment is that this is a disease. Just like diabetics, you can't just treat a person with diabetes and send them home," Latham said.

Dr. Ronald Lawton, an emergency medicine physician at Advocate South Suburban Hospital, said ER doctors are on the front lines of the opioid epidemic. At his hospital, their approach is changing. They're now administering what is known as "medication assisted treatments" to address withdrawal symptoms.

"Opioids are so physiology addicting that is really next to impossible to stop just on your own," Lawton said.

"We would discharge the patient with a list of places they can get treatment. Often I would see them back a day or two later, with another overdose or withdrawal again. Now we are able to offer them treatment," Lawton said.

The goal is to have a seamless transition from a patient getting the lifesaving emergency medical care that they need at the moment, to long term help to turn their life around for their future.

"The hospital gets the ball rolling, kicks it off, makes sure they're medically stabilized. Then they come over here," said Terry Johnson, vice president and chief clinical officer at the South Suburban Council

Johnson said getting patients who visit the ER in treatment quickly is key.

"Without some kind of intervention, they are not going to get on any road to recovery," Johnson said.

For the counselors and recovery coaches, this partnership gives them more reach.

"I am so excited. I am so excited because I know this - that we are going to save a lot of lives," said Purseola Dees, a counselor and recovery coach at the South Suburban Council.

Latham knows what often awaits people who struggle alone to free themselves from opioid addiction. He said he's trying his best to avoid that at all costs.