WLS
By Evelyn Holmes
MELROSE PARK, Ill. (WLS) -- A judge has ordered Westlake Hospital to restore most services and admit patients by 9 a.m. Thursday or face a $200,000 a day fine.

At a hearing Tuesday, the judge held the Melrose Park hospital's owners, Pipeline Health, in contempt of court for violating a temporary restraining order by continuing to cut staffing and resources after they were told not to.

Lawyers for the village of west suburban Melrose Park are filing an emergency motion to hold Pipeline Health in contempt of court.

"I have to be sure 24 hours a day, 7 days a week, we have adequate staffing so we have a safe patient environment," Jim Edwards, the CEO of Pipeline Health, told the judge.

In a statement in response to the judge's ruling, Pipeline spokeswoman Natalie Bauer Luce said: " While we respectfully disagree with the judge's ruling today, we will take every step necessary to protect patients and their safety. It's unfortunate Rep. Welch, who has served as Westlake Hospital's board chair for 10 years, and Rep. Willis didn't dedicate the same time and energy they are now to support Westlake when they voted to deprive the hospital of its $4 million in assessment funding just months ago. Or that Mayor Serpico didn't work to stop the Village of Melrose Park withdrawing its $500,000 of support for Westlake's redevelopment plan. These votes accelerated the financial slide that threatens the hospital's ability to safely care for patients."

The California-based company said the 225-bed hospital is losing roughly $2 million a month. It remains in bypass status and is refusing patients and all new admissions.

"And this is a major problem for my patients and for my continuity of care," said Dr. Kathleen Ward, an emergency room doctor.

Outside the Daley Center hearing, those opposed to the closure accused Pipeline of manufacturing a crisis after promising to keep the hospital open for at least two years.

The Illinois State Health Facilities and Services Review Board could make a decision by April 30.

State Rep. Emanuel Welch (D-7th District) and Kathleen Willis (D-77th District) have co-sponsored a bill not only giving the governor the power to reverse any decision by the board, but also suspending any hospital closure applications until pending lawsuits are settled.

"We're not going to tolerate these poor, out-of-state companies coming in here and destroying our communities. And that's what this is all about," Welch said.

"We're glad that the judge has decided to hold Pipeline and Eric Whitaker responsible for their actions," Serpico said. "The Village of Melrose Park has fought Pipeline's plans to close Westlake Hospital at every turn. From the outset, when they purchased the hospital and promised to keep it open for at least two years, Eric Whitaker and Pipeline have lied to our community. They thought they could abuse us and we would just roll over. It's clear again today that the people of Melrose Park wont be pushed around."

Both sides will return to court on Wednesday to determine exactly what services will be restored. The state board will still determine whether the hospital will stay open for good by the end of the month.
Report a correction or typo
Related topics:
health & fitnessmelrose parkmoneybusinesshospital closinghospital
Copyright © 2020 WLS-TV. All Rights Reserved.
RELATED 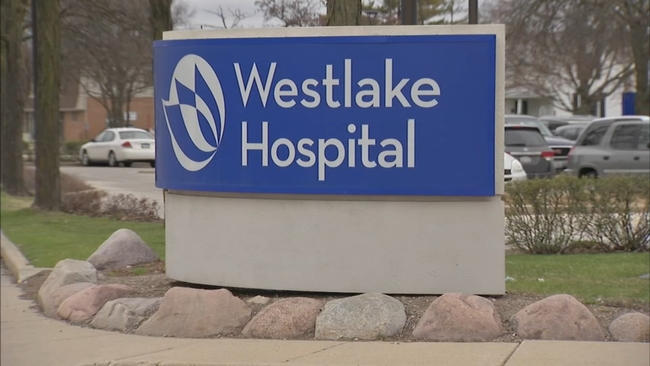 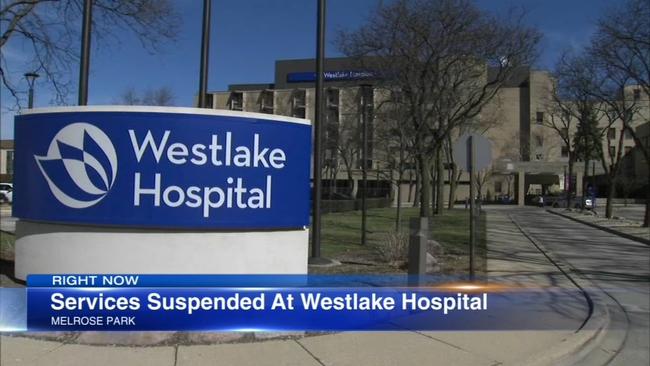