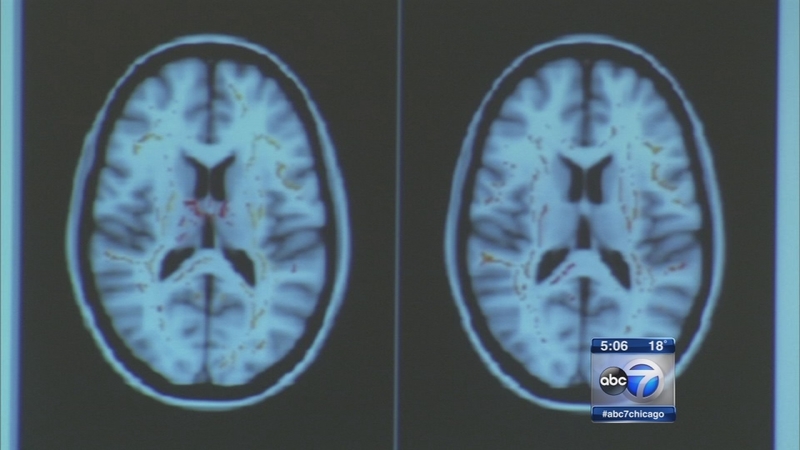 The suicide of Ohio State athlete Kosta Karageorge, 22, who reported a history of multiple concussions, has once again ignited conversation about how head injuries affect the brain.

A special examination during his autopsy will look for signs of traumatic brain injuries, but in the meantime one doctor has launched a study of younger athletes to see how their brains are affected by exposure to head impacts.

Ohio State Students gathered for a vigil Sunday night, in honor of Karageorge. Friends remembered a fifth-year senior who had only been on the football team since August.

"It's hard to make an impact in three months, but he did it," said Joe Ramstetter a wide receiver on the OSU football team. "Everyone loved being around him. He had the great stories. Always laughing. When you get to sit down on the couch next to Kosta, there's always something you're gonna walk away remembering."

"This is a real challenge and we're gonna watch it very closely," Meyer said.

Karageorge's mother filed a missing person report the day before Thanksgiving. She told police her son had suffered several concussions resulting in spells of confusion.

Health experts are raising questions about what toll contact sports may have taken on his brain.

Dr. Christopher Whitlow says a broader study of the brain is important. He is focusing on younger athletes, studying a small number of high school football players who have not had concussions.

He compared their pre-and post-season brain scans and found some changes in parts of the brain.

He says these kinds of changes can come from any high impact sport, and it's not known if the changes are long-lasting or if they go away.

Dr. Whitlow says if research finds evidence that there are risks in playing high impact sports, it may be the catalyst to make those sports safer for everyone.