ABC7 I-Team Investigation
WLS
By Chuck Goudie
CHICAGO (WLS) -- Ten months after an ABC7 I-Team investigation of nursing home abuse, legislation was introduced in Springfield Friday that would help family members who want to keep closer watch on their loves ones.

Under the proposal, surveillance cameras could be put in the rooms of nursing home patients.

In an age when cameras are everywhere, they are not in Illinois nursing homes, but that would change under legislation proposed Friday by North Side Chicago State Representative Greg Harris.

He and family members of nursing home residents say that surveillance cameras would help keep elderly patients safe and might improve the state's nursing home care ranking, which is near the bottom nationally.

Howard's grandmother entered a west suburban nursing home with dementia. Annie Herron's loved ones moved her out that facility after continuously finding her injured.

"To see her in the position she was in was really hard," said granddaughter Audrey Saunders.

Herron's family thinks cameras in their grandmother's room would have answered questions about her care.

"If we can prevent 10 percent, 20 percent, 50 percent of the suffering of these seniors by making sure they are recorded and people know that their actions will be seen, it would be a wonderful thing," said Rep. Greg Harris (D-Chicago).

The ABC7 I-Team reported last spring that cameras are legal in four states.

This week, a Texas nursing care employee was charged with beating a 77-year-old Alzheimer's patient.

And, the last of 17 nursing home workers in Buffalo, New York, were prosecuted in an undercover investigation.

"We will use every tool in our arsenal to ensure residents receive the care they deserve," said New York Attorney General Eric Schneiderman.

"Having eyes on the patients, being able to have a clear record of what goes on, should enable guaranteed better care and it should protect them if they're concerned that somebody make a frivolous charge," Rep. Harris said.

Under the law, the state would put up $50,000 for residents who couldn't afford cameras, recipients to be chosen by lottery.

Previous similar legislation went nowhere in Illinois. This time backers say he hopes the nursing home industry will support it. An association spokesman Friday night says the "privacy and dignity in a healthcare setting are serious concerns" and they plan to work with elected officials. 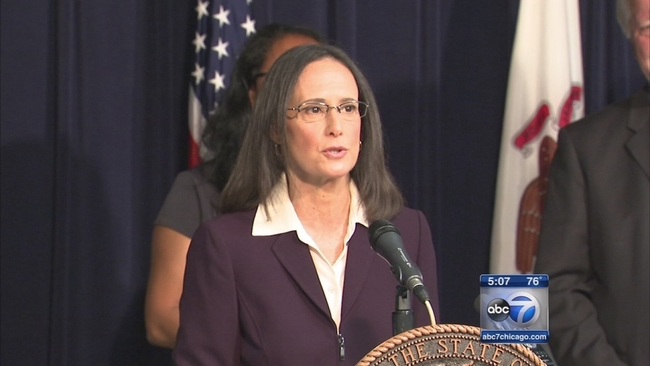 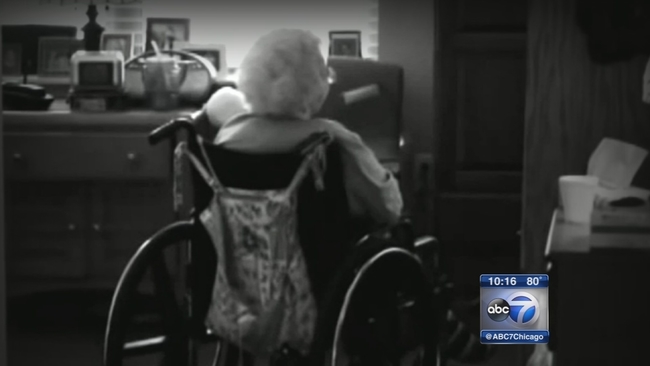