Medical marijuana in Illinois: Q & A

ABC7 I-Team Investigation
WLS
By Chuck Goudie
CHICAGO (WLS) -- On the first day of medical marijuana sales in Illinois, the ABC7 I-Team looked into questions about how it all works.

How much medical marijuana can be possessed by each permitted patient?

By law, each patient may possess more than 2.5 ounces of medical marijuana, obtainable every two weeks.

Where can medical marijuana be consumed?

Medical marijuana may be consumed in your personal residence, if you own it. But in rentals, the landlord may regulate whether or not it is allowed.

Consumption is not permitted in public places, including parks. And, consumption while driving is definitely not allowed.

Can users be discriminated against at work or evicted?

No. The law says employers cannot refuse to hire medical marijuana users and landlords can't refuse to rent to them, although both can prohibit use on their property.

House Bill 4276 in the General Assembly would allow it, but a spokesman for Gov. Bruce Rauner says he opposes legalizing recreational marijuana - so, it won't happen before 2019 at the earliest.

But that certainly doesn't prevent a robust illegal marijuana trade in Illinois: pot through the postal service.

"We're only probably getting 10 percent or less, so 90 percent is going through," said Thomas Gorman, RMHIDTA program director.

Authorities need a warrant in order to open mail they suspect contains something illegal.

The I-Team spoke to several people who say they have sent marijuana in the mail from Colorado. They did not want to go on camera but tell the I-Team they have never been caught. 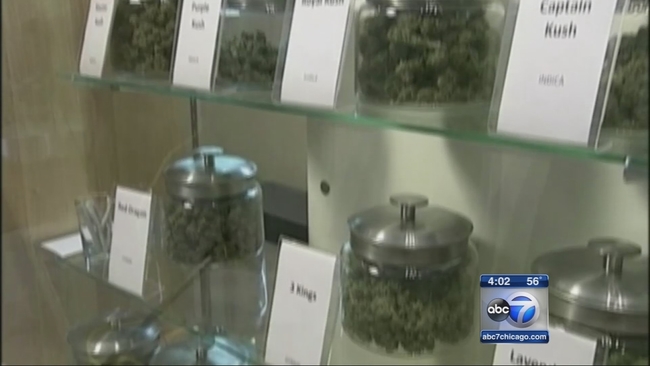