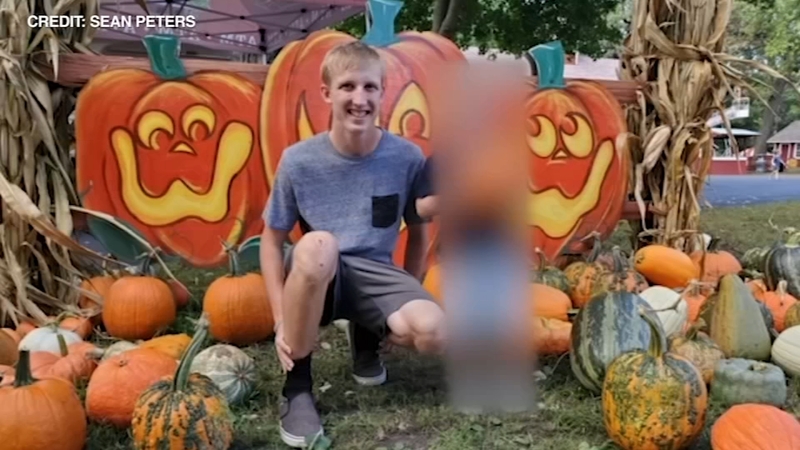 A 15-year-old high school football player for St. Charles North is in pediatric ICU with a severe brain injury after being injured in their junior varsity game against St. Charles East on October 4.

Aidan Carlson, a sophomore, is in the pediatric intensive care unit at Lutheran General Medical Center in Park Ridge, surrounded by family. His uncle said Carlson is fighting back, even from the ICU.

"Just the fact that he is up and survived is awesome right now," Sean Peters said. "So we're just hoping he can continue to make strides and get stronger.

Doctors cited by relatives on his GoFundMe page said he suffered a subdural hematoma sometime during the game. The fundraising site has been set up to help his recovery.

"He's kind of just been really strong. So I just know that he's not going to just give up on his recovery," said Peters.

Peter said his nephew was injured during the game, but finished playing. It wasn't until after, when Carlson collapsed in the locker room, that the extent of his injury became clear. He was rushed to the hospital where his family feared his outlook was grim.

"We can't begin to say enough thank yous to the team at Lutheran General," Peters said. "His doctors, physicians, surgeons, nurses who worked around the clock to bring him back to us."

As family rallied around Carlson, so did the community.

"We want to send our best thoughts and wishes to Aidan and his family at this time," said St. Charles District 303 spokesperson Carole Smith.

The St. Charles North Stars hit the field for practice as usual Tuesday afternoon, but not without thinking about their missing teammate.

"A lot of people are concerned. A lot of people are spreading awareness for him. All over social media. It is a very sad situation but I think it's good though [that] our student base is really like that, and they are really concerned for him," said fellow student Luke Farrar.

"I just know he is super sweet," said Saint Charles North sophomore Chloe Solomon. "Since he was in our grade it was definitely like, we all felt for his family and prayers going his way, but we are definitely hoping and very positive that he will come back very soon."

"Honestly [we're] pretty upset. Everybody is pretty shaken up about it, especially the football team I know is," said former North Star football player Michael Corcoran. "They are all pretty antsy and worried about him. Everybody is honestly just super concerned."

The GoFundMe campaign has already raised more than $20,000 for Carlson's family, and that support has overwhelmed his loved ones.