The number of COVID-19 infections in Wisconsin continues to tick downward. The number of cases has now declined every day since Saturday, an encouraging sign after the state saw a record-high 7,989 cases on Nov. 18.

Nearly 300 nursing home residents in Wisconsin died from COVID-19 in the most recent month reported to the federal government.

Nursing homes in Wisconsin reported that 294 residents had died of the disease caused by the coronavirus between Oct. 12 and Nov. 8, according to data from the Centers for Medicare and Medicaid Services.

In the previous month, the deaths of 28 residents were reported. In the latest four-week period, Wisconsin nursing homes reported 2,130 residents with newly confirmed cases.

A conservative law firm is asking the state Supreme Court to strike down Dane County's ban on indoor gatherings and sports amid the coronavirus pandemic.

The Wisconsin Institute for Law and Liberty asked the justices Monday to take its lawsuit challenging the ban and issue an immediate injunction. The firm argues the issue is of statewide importance since many counties have expanded their ordinances as the pandemic continues.

The health department's spokeswoman says the agency is trying to protect people's health using science and data and is confident the order is legal.

The court struck down Democratic Gov. Tony Evers' stay-at-home order in May and is currently considering a challenge to his mask mandate.

Over the past two weeks, the rolling average number of daily new cases has decreased by 5.2%. But the state has still reported the nation's sixth-highest number of new cases in that time. Roughly one in every 139 people has tested positive in the past week.

U.S. Rep. Bryan Steil tested positive for COVID-19 on Sunday, according to a statement from the Republican lawmaker, who represents Wisconsin's 1st congressional district.

The congressman said he began experiencing mild symptoms over the weekend and contacted his health care provider while at home in Janesville, Wisconsin.

Steil said he spent all of last week working in Washington, D.C.

"Following CDC guidelines, I am immediately quarantining and will continue serving the people of Southeast Wisconsin from my home in Janesville," he said.

Steil was first elected in 2018 and held on to his seat in November for Wisconsin's 1st congressional district, which includes Kenosha and Racine counties and portions of Milwaukee, Rock, Walworth and Waukesha counties.

The leader of the Wisconsin Hospital Association is pleading with Democratic Gov. Tony Evers and state legislative leaders to come together immediately to fight the virus before the current crisis becomes a catastrophe.

Hospital Association President Eric Borgerding wrote Thursday to Evers and both Republican and Democratic legislative leaders. He says the governor and lawmakers should take steps to slow the spread of COVID-19, address immediate hospital bed shortages and staffing needs, create alternative care facilities and expand contact tracing. Republican legislative leaders and Evers were scheduled to meet on Friday to discuss the virus.

Wisconsin Gov. Tony Evers extended an order requiring masks be worn in indoor public places amid a dramatic increase in COVID-19 cases that is straining the state's hospitals.

Evers said Wednesday that he will extend into January his mask mandate and reissue an order that will extend the state's public health emergency before the end of this week.

RELATED: 5 things to know about the Pfizer vaccine

He called on Republicans to support his efforts, saying the seven-day average of positive new cases is now more than 6,400, more than triple what it was two months ago.

Dr. Robert Citronberg offers perspective from the front lines of the battle against COVID-19. 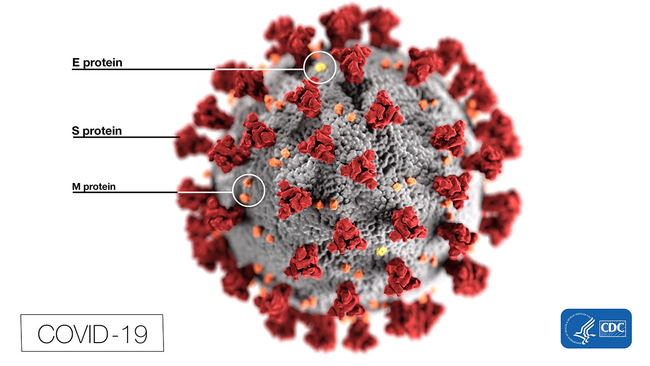