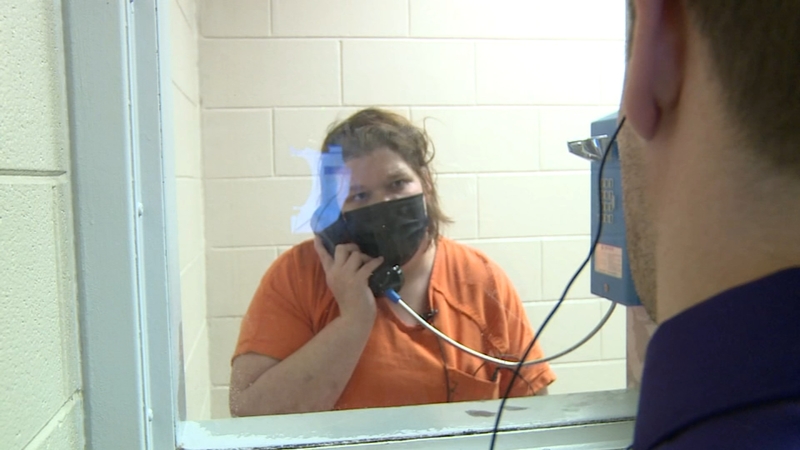 IN woman accused of abandoning son, 5, with autism in Ohio

COLERAIN TOWNSHIP, Ohio -- An Indiana woman is behind bars after she reportedly admitted to abandoning her son with autism in Ohio.

The 5-year-old was later found by a bystander and is now being held by local officials.

"No, I didn't leave him with anyone," Heather Adkins told WKYT.

Adkins is accused of abandoning her non-verbal 5-year-old son in Colerain Township, Ohio, about 75 miles from their home of Shelbyville, Indiana.

Ronald Reese was headed out to pick up food Thursday night when he found Adkins' son, saying he looked like he was in a daze as he walked along a busy road with no sidewalks.

"I see a child on the side of the road, and I stopped and said 'this isn't normal,'" Reese said.

The child is now in the custody of Hamilton County Jobs and Family Services in Ohio.

RELATED: Chicago police questioning person of interest after baby found in alley on NW Side

Darin Allgood, assistant chief of police in Georgetown, Ohio, said Adkins was arrested this weekend at a gas station in Georgetown for an unpaid fine dating back to 2011.

The incident prompted emotional responses from parents like Reese and those in the neighborhood.

"I'm angered. If you didn't want to deal with your son, take him to the nearest relative that you think is fit to care for him," Reese said.

"I have a child that's nonverbal, as well, and I think about him being alone? That's very sad," another neighbor said.

Reese hopes this can serve as a wake-up call for Adkins.

She told WKYT she did it to "save" the boy from herself.