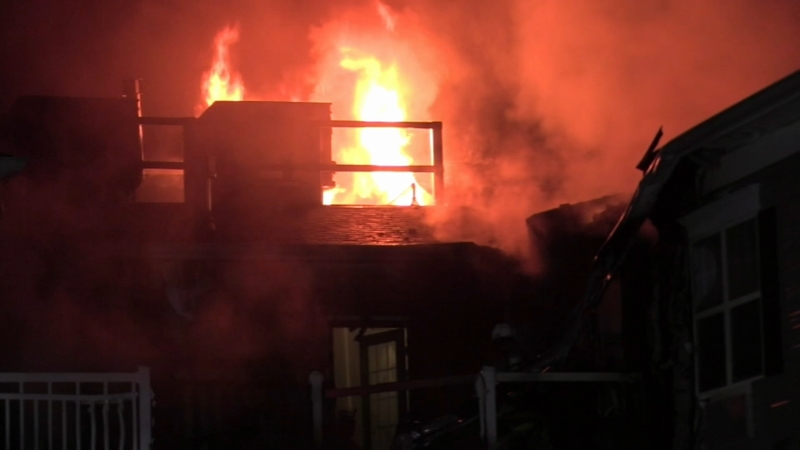 The fire broke out around 3 a.m. at the Heather Glen Senior Living Center on the 400 block of Blue Barn Road.

Officials said the fire started at the outside rear of the facility and quickly escalated to three alarms after it climbed up a wall and spread to the roof.

According to reports, 82 residents and five staff members were inside of the building when the fire broke out. At least six of the residents had to be rescued by firefighters using ground ladders. Those six residents were taken to area hospitals.

Leslie Buck lives right behind the center and says the job the first responders did was nothing short of a miracle.

"I was concerned about some of the people that I know in there," she said.

Two firefighters were injured fighting the blaze: one fell from a ladder and was treated at the scene, another was transported to a local hospital for what officials said were non-life threatening injuries.

Chief Edgardo Colon with the Upper Macungie Township Police said, "I'm happy to say everyone has been evacuated and accounted for. It's my understanding there are no major injuries or anyone in critical condition"

Fire crews called a LANTA bus, where the residents who did not suffer any injuries were sheltered as firefighters tended to hot spots.