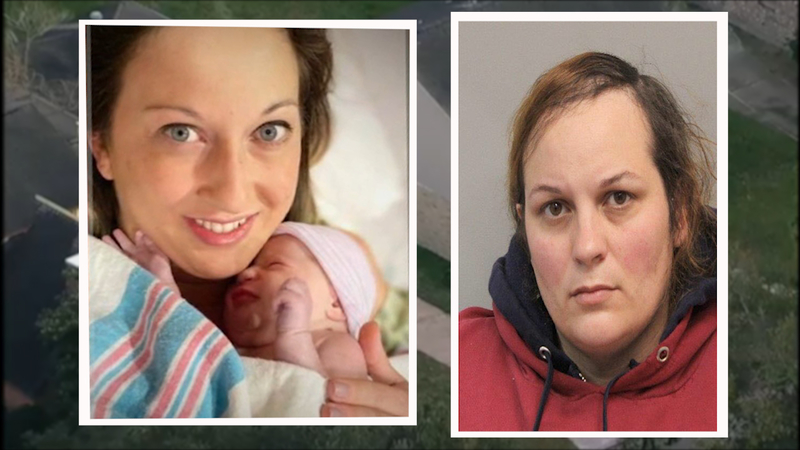 Baby snatching may be behind Texas mom's death, police say

HOUSTON -- A woman was arrested in the death of a missing mom and the kidnapping of her newborn daughter, and police are investigating to determine if this was a case of baby-snatching, sources told ABC News.

After executing a search warrant at suburban Houston home Thursday, authorities found the body of 33-year-old Heidi Broussard in the trunk of a car. Officials said she was strangled to death.

Her daughter, three-week-old Margot Carey, was found alive and healthy, swinging on a baby seat inside the home, sources told our sister station KTRK-TV.

The pair was reported missing Dec. 12 after the Austin, Texas, mother dropped her six-year-old son off at school and never returned to pick him up. Broussard's purse, diaper bag and car were still at her home: Only her phone was missing and turned off, her family said.

The home where the body and baby were found belonged to Broussard's friend Magen Rose Fieramusca, who was charged and taken into custody on $600,000 bond.

Police are now investigating to see if Fieramusca plotted to steal her friend's baby, and they believe she was acting like, and telling people, that she was pregnant.

"She was kind of a tall, thin girl, and I noticed she, you know, gained a little weight, and I thought, 'Well maybe she is pregnant,'" Darryl Ehlert, her neighbor, told ABC News.

Authorities are also looking into baby registries 33-year-old Fieramusca allegedly created on Amazon and Target for items like baby clothes and towels.

Investigators told ABC News they feared foul play from the start because one child was missing and one was left behind. Officials said the presumption is that if a mother were to run away voluntarily, she would either take both children or leave both behind.

Her family believed that was the case as well. Broussard's father told reporters that his daughter would never run away, and her husband and the baby's father, Shane Carey, pleaded for her safe return.

"Drop her off anywhere, I don't care. Just make sure she's safe and OK, and the baby is OK," he said before the discovery of his wife's body.

Many questions remain in this active investigation, including how Broussard and baby Margot ended up nearly 200 miles away from their home.