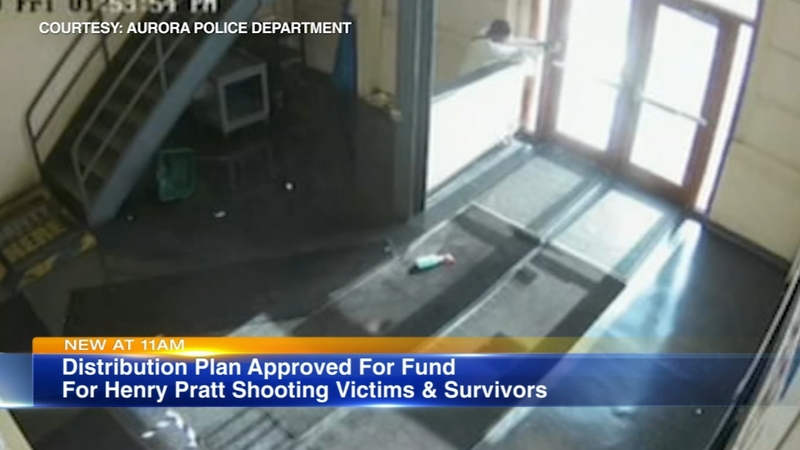 AURORA, Ill. (WLS) -- Funds for the victims and survivors of the February workplace mass shooting at the Henry Pratt Company in Aurora have been approved for distribution.

While the event physically and mentally impacted so many, it also brought out the good in people.

Nearly $560,000 has been donated to the Aurora/Pratt Survivors' Fund and a plan has now been approved to distribute that money.

"The Aurora community was well-represented by individuals on the committee who took very seriously their obligation to distribute these funds in a fair, transparent, and victim-centered manner," said Amber Drew, chair of the Aurora/Pratt Survivors' Fund steering committee. "They thoughtfully considered every perspective and made the difficult decisions that were in the best interests of victims, their families, the community, and the intent of the donors."

Families of those killed or injured in the shooting, as well as anybody in the Archer Building at the Henry Pratt facility when the shooting happened, will be eligible for benefits.

So far, 29 applications have been approved to receive money from the fund.