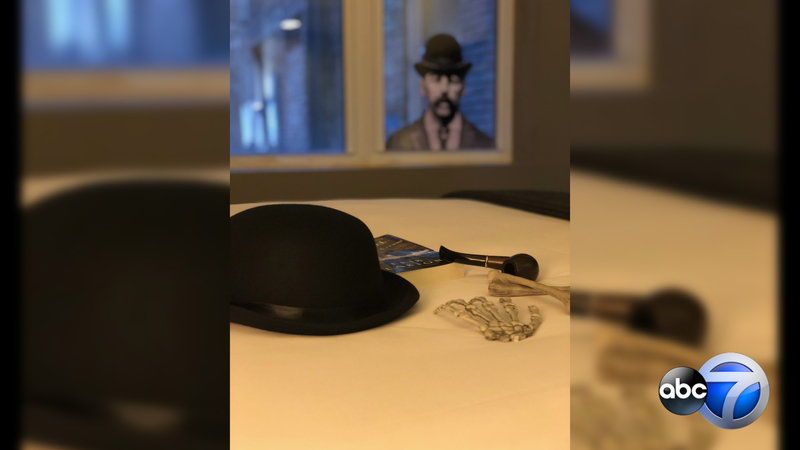 CHICAGO (WLS) -- The ACME Hotel Company in River North has an extra-spooky suite for brave guests this Halloween season.

Herman Webster Mudgett, better known as H.H. Holmes, confessed to 27 murders and is rumored to have killed hundreds, many during the 1893 World's Fair: Columbian Exposition in Chicago.

Holmes carried out his crimes in a hotel he built in what is now Chicago's Englewood neighborhood at South Wallace Avenue and West 63rd Street. The hotel had hidden rooms and passages that the "Devil in the White City" is said to have used to kill his victims and move their bodies in secret so he could dispose of them in the hotel's basement.

ACME Hotel Company has decked out one of its suites with artifacts inspired by Holmes, including old newspaper clippings, bones from his victims, surgical tools and even the killer's face lurking in the window and mirror.