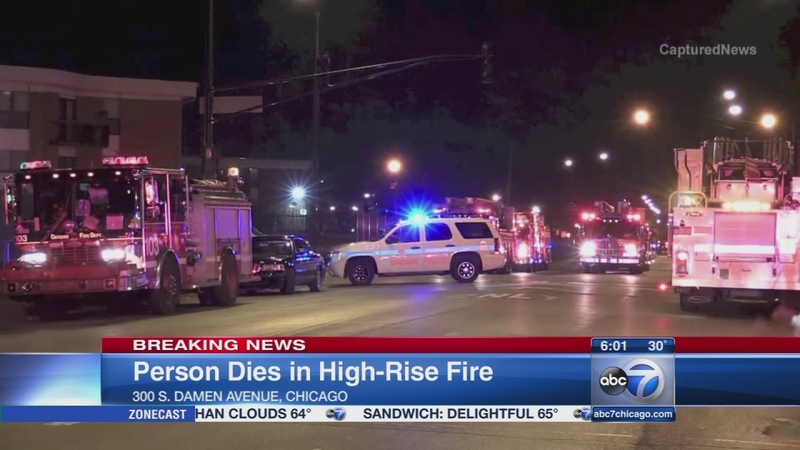 1 dead after Near West Side high rise fire

CHICAGO (WLS) -- One person is dead after a fire broke out in a Near West Side high rise, officials said.

Fire crews responded to the blaze around 11:30 p.m. Saturday in the 300-block of South Damen, officials said. Although crews were able to contain the flames and damage to one apartment on the building's 11th floor, the resident of the apartment - a 70-year-old man on oxygen - later died at a local hospital.

Fire officials said they found heavy smoke on the floor where the fire began and that, along with where the fire was, pushed them to call for back-up.

Other tenants on the floor were left without a place to stay Sunday morning, prompting officials to call the American Red Cross and the city's Department of Human Resources.

"We had some displacements (residents) on the 11th floor and Red Cross in on the scene," said Deputy Dist. Chief Jerry Knapp, Chicago Fire Department.