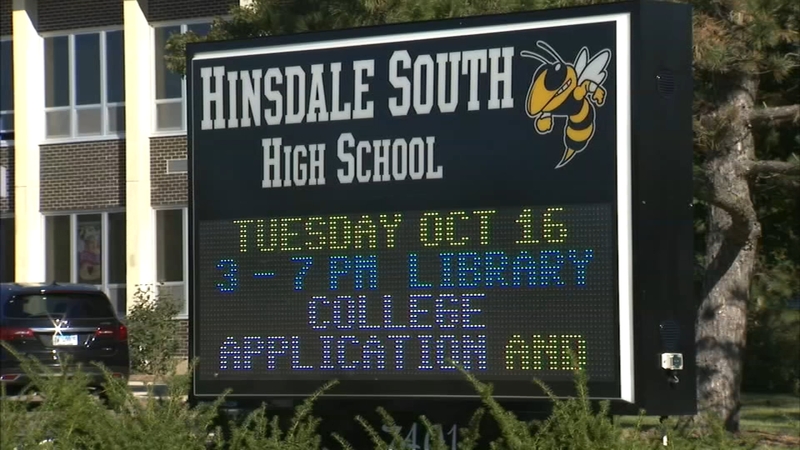 HINSDALE, Ill. (WLS) -- Tours were held Wednesday inside two Hinsdale high schools that officials say have infrastructure issues ahead of a vote on a referendum that would raise taxes to address those issues.

A meeting Wednesday night will provide residents with more information about that referendum.

"I imagine if someone is living in a house built in the 50's you're not still using the same furnace that was installed in 1949. That's what we're doing at Central and also at Hinsdale South," said Dr. Bruce Law, Superintendent of District 86.

According to Bruce Law, both Hinsdale South and Hinsdale Central require extensive infrastructure renovations. At Central, everything from a new boiler system to a redesigned cafeteria is needed. It also needs increased accessibility for students with disabilities, who currently face a long walk just to get to the school fitness center. They also want an expanded school services center and a second locker room, for the pool area.

"When the pool was built in 1958 they built one locker room because who would think that women would swim competitively?" Law said.

If approved district residents would pay on average $300 more a year on a $500,000 home. And while it may not sound like much for living in what is currently a much sought after school system, many of those here believe the school district needs better management, not more money.

"It is unneeded and it's going to fail miserably," said Richard Skoda, retired teacher and former school board president. "We're severely overtaxed. I have a home on a 60 foot lot with no basement, $14,000 tax a year."