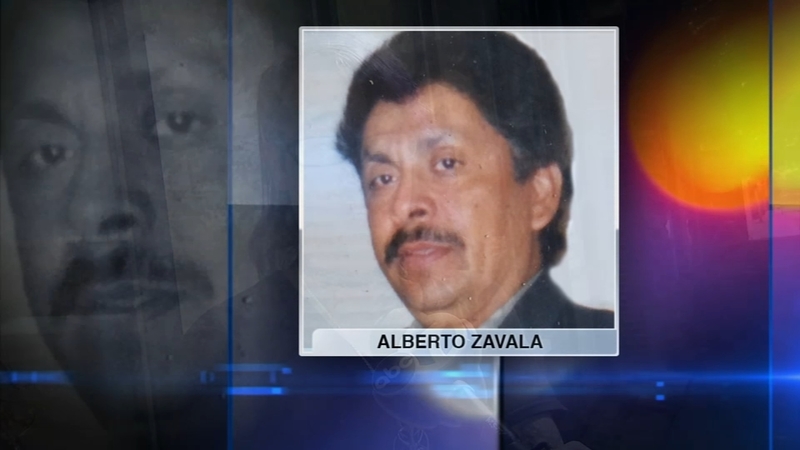 CHICAGO (WLS) -- A 64-year-old man was killed in a hit-and-run crash in the Belmont Cragin neighborhood Sunday night.

A close friend of the man, identified as Alberto Zavala, said he owned a flower shop on Fullerton Avenue and had been a florist in Belmont Cragin for 28 years.

Witnesses said they were walking in front of Zavala crossing Fullerton, leaving an ice cream shop in the 5200-block, when the speeding SUV struck the 64 year old man at about 10 p.m.

"He was trying to cross. That's when he got hit by a white vehicle speeding very fast. That's when we tried to go to help him out," said witness Christopher Orengo.

A stock image of a Ford Edge SUV, similar to the one police said fatally struck a pedestrian in the Belmont Cragin neighborhood.

Surveillance cameras from a grocery store nearby captured police arriving to the scene. They weren't pointed in the direction of the crash, with the SUV heading eastbound on Fullerton.

Paramedics rushed to the man to the hospital where he died. Zavala leaves behind four adult children and grandchildren too.

"They should have been responsible enough to stop and actually help him because now that he's gone, it's like ok, what do you get out of it, mostly? You get nothing," said Jazmine Osborne, a friend and neighbor of Zavala.

Anyone with information is asked to contact the Chicago Police Department's Major Accident Investigation Unit at 312 745-4521.

Friends of a man killed in a hit and run Sunday night said he owned a flower shop in Belmont Cragin.