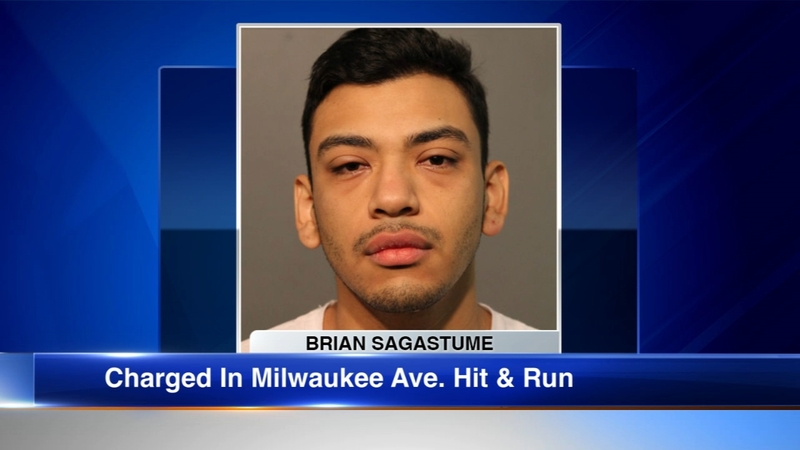 CHICAGO (WLS) -- A Chicago man has been charged after police said he hit three pedestrians with his car in Logan Square on Saturday, police said.

Police said Brian Sagastume, 20, was driving away from the scene of another crash when he hit three pedestrians on Milwaukee Avenue near Fullerton Avenue at about 1:49 a.m., police said.

Two men were hospitalized in serious condition and a woman was transported to a hospital, where she was treated and released.