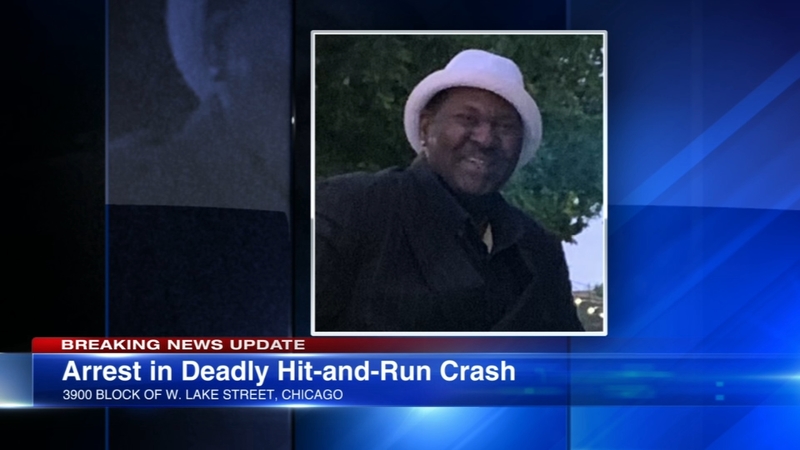 CHICAGO (WLS) -- A 59-year-old man was struck and killed by a car that caused a chain reaction crash in East Garfield Park Tuesday afternoon before fleeing the scene, Chicago police said.

Police said the man was walking in the bike lane in the 3900-block of Lake Street at about 1:30 p.m. when a vehicle struck him. The vehicle then struck a parked car, which crashed into a CTA bus stop.

Family identified the victim as Lee Davis, a grandfather who leaves behind a large family.

The driver who struck and killed a 59-year-old pedestrian in a hit-and-run chain reaction crash in East Garfield Park is in custody, police said.

The crash was apparently witnessed by people coming off the nearby CTA Green Line station, as well as some people who left a nearby convenience store after hearing what they described as an incredibly loud impact.

Davis was taken to Mt. Sinai Hospital, where he was pronounced dead.