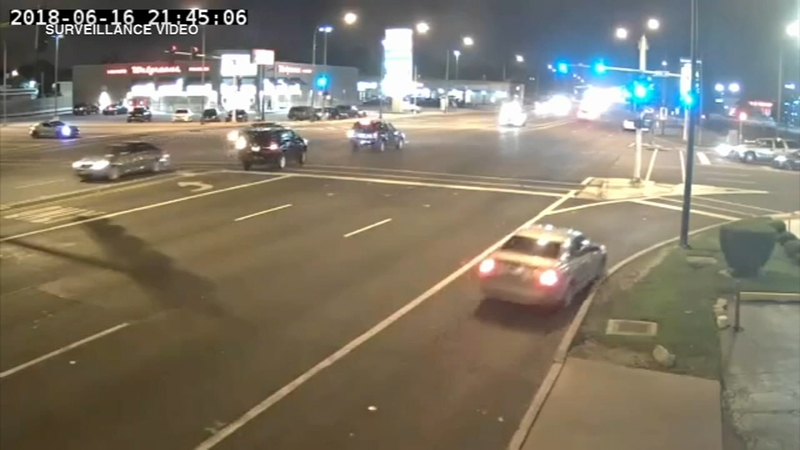 BURBANK, Ill. (WLS) -- A 9-year-old boy was killed and his mother and sibling were seriously injured Saturday night in a hit-and-run crash in southwest suburban Burbank. Police are still looking for the driver.

"Heartless! A very heartless person. You know, not caring about anybody, not even himself," said Loretta Harris, victim's neighbor.

Police said at about 9:45 p.m. on Saturday night a 29-year-old mother and her two children were struck by a gray four-door vehicle while crossing the street at 86th and Cicero. Police said the vehicle continued to travel south on Cicero after the crash.

"As they were walking westbound across Cicero Avenue a vehicle, which is the gray sedan, was traveling southbound in the middle lane, failed to stop and struck all three individuals," said Division Chief Mike Dudlo, Burbank Police Department.

In addition to looking for the driver, Burbank police are also looking for a possible witness who may be able to help police catch the killer.

Newly released surveillance video show the sedan driving away seconds after they struck the family. The three victims were taken to area hospitals. The boy died from his injuries.

"It's a lit roadway, the driver should have been able to see the family clearly. Why the accident happened, we don't know at this point," Dudlo said.

The Cook County Medical Examiner's Office identified the boy as 9-year-old Caleb Bell. According to county records, the family lived just blocks away from where the hit-and-run occurred.

"They were new in the neighborhood," Harris said. "I didn't know them at all but they were very quiet people, and I just hope and pray that God takes care of their family."

Burbank police are also asking for the public's help identifying the driver of a white SUV seen on a surveillance video. Investigators said in the video the SUV was traveling just seconds behind the suspect vehicle, and could be key in finding out who is responsible.

"I pray that they have a heart and come out and, you know, tell what they did and have a heart," said Harris.

"To anybody that's seen this incident, we are urging the public to contact Burbank Police Department with any information that they may have so we can come to a resolution for the family," Dudlo said.

Burbank police said the mother and her 6-year-old daughter are recovering at area hospitals. The suspect vehicle was last seen driving away at 87th and Cicero. Police said it should have front end damage.