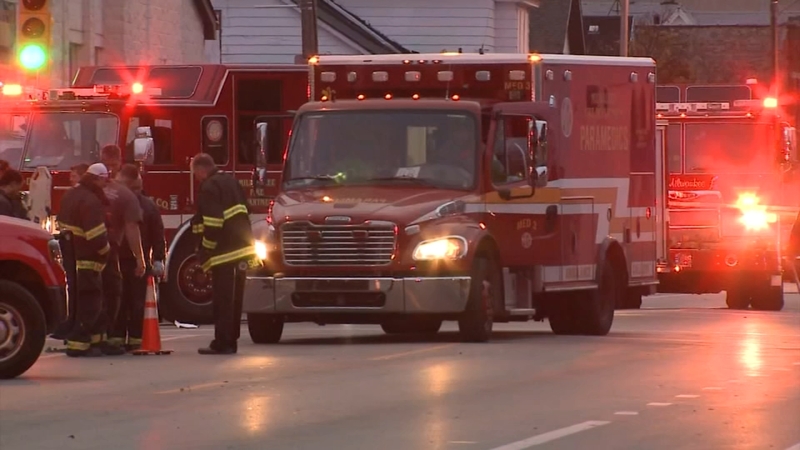 MILWAUKEE, Wis. -- A 6-year-old girl is dead and two other children are seriously injured after they were struck by a hit-and-run driver in Milwaukee Thursday.

Family Dollar employees walking to work explained the sound the impact made when a car ran a red light and hit three children on their way home from the Gwen Jackson Elementary School playground.

"I heard the car, heard the impact, it sounded like it hit a car," said Anthony Quinn.

Family members rushed to the scene at 22nd and Center where police said a grey Saturn Aura with tinted windows struck the children and took off around 5:30 p.m.

"We've had too many of these incidents and I don't want to start saying the same thing I've been continuously saying, when is enough enough," said Milwaukee Police Assistant Chief Ray Banks.

The mother of one of those kids, a 10-year-old boy, said he was in a group of about six children when he and his two little cousins were hit.

His mother still had his blood on her shirt from holding him.