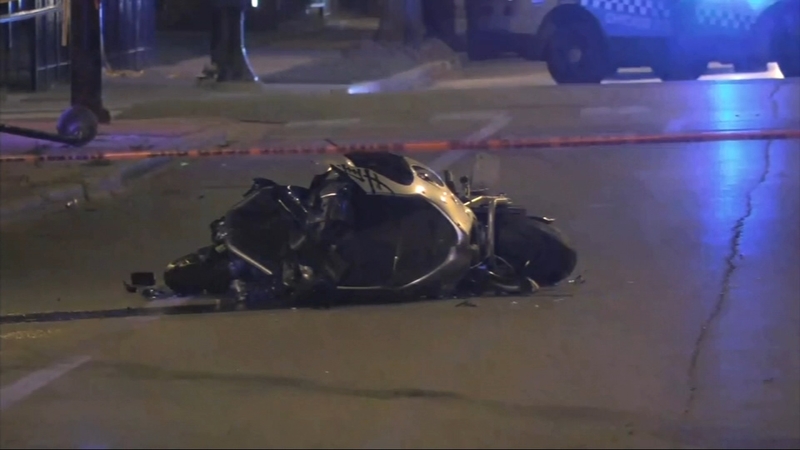 A 36-year-old man was driving his motorcycle east in the 4900-block of West Diversey Avenue at about 9:35 p.m. when police said he was rear-ended by a black SUV, possibly a Jeep.

The motorcyclist was ejected and struck a pole and was pronounced dead at the scene, police said. Authorities have not released his identity.

The victim's friends identified him as a 36-year-old father called "Chato" who was on his way to his house to celebrate the Fourth of July at the time of the crash.

The driver of the SUV did not stop and continued east on Diversey Avenue.

Friends said Chato was a devoted father and motorcycle enthusiast. They asked not to be identified out of respect for the victim's family.

"He was the nicest guy you could meet," said a friend. "I've never had anybody say anything bad about him. He was a really good guy."

Friday afternoon a family member of the victim said a GMC with bad front end damage was discovered on Drummond, a few blocks away from the deadly crash. Police assessed the vehicle, but officials have not yet confirmed if it was involved.

The victim's friend said after he was ejected from his motorcycle, the car dragged it down the street before the bike dislodged, hitting a CTA bus that was traveling westbound. CTA confirmed that happened and said they are now working with police, including handing over all video of the incident.

"We hope the guy that did this turns himself in, you know, he deserved better than this," the victim's friend said.