Man run down by vehicle, left for dead in Calif. street as dozens drive by 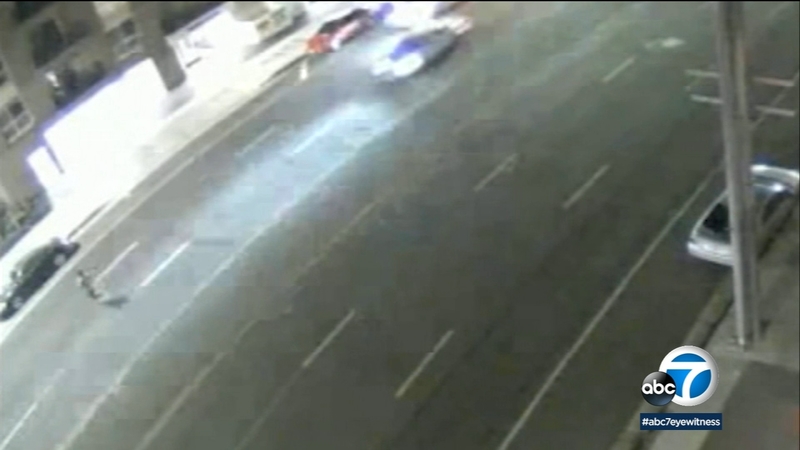 LOS ANGELES, Calif. -- Disturbing new video shows a man run down on a busy street in Sherman Oaks, California and then dozens of cars pass by without stopping to help.

Investigators believe street racing is to blame for the crash that killed 22-year-old Neri Ramirez Chalo. The suspect remains on the loose.

In video released by the Los Angeles Police Department, Chalo is seen getting out of his car on Sepulveda Boulevard in Sherman Oaks. He runs across the street and is struck by a vehicle that fled the scene.

After that vehicle sped off, some 35 other cars pass by and fail to stop and render aid. Some even slowed down and drove around the body, then kept going.

Chalo was pronounced dead by paramedics once they were finally called.

Local residents are shocked at the incident.

"We can always chalk it up a little bit to maybe some people didn't see or whatever else," said Jay James, who lives near the busy street. "But you know, a lot of people just didn't want to stop. It's a bad thing. We need more kindness and compassion."

LAPD says the vehicle that struck and killed the victim was driven by Roberto Ocampo, who is not in custody. Police said he was driving a 2008 white Infiniti G37 and they believe he is part of a car club that engages in street racing.