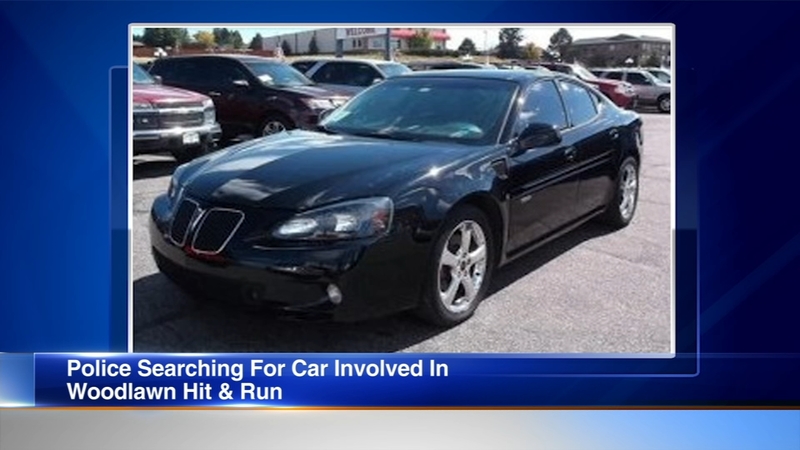 CHICAGO (WLS) -- Chicago police are asking for the public's help to find a car that hit a pedestrian and kept going on the city's South Side early Monday morning.

The victim was struck around 1:55 a.m. in the 6600-block of University Avenue in Chicago's Woodlawn neighborhood. Police said that person was critically hurt.

Investigators released a photo of a car similar to the one they are looking for. It's a 2004 to 2008 Pontiac Grand Prix with tinted windows. The vehicle has a dent on the rear driver's side bumper and may have damage on the driver's side from the impact.

The car was last seen heading north on University.