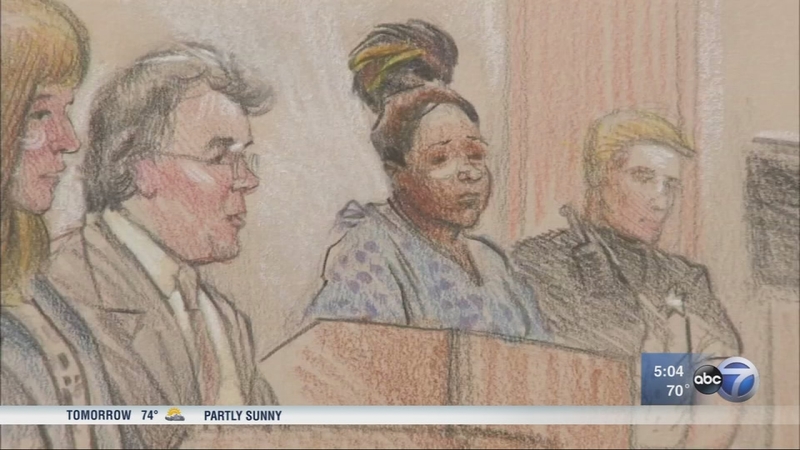 HOFFMAN ESTATES, Ill. (WLS) -- A woman from northwest suburban Hoffman Estates was charged after investigators said she tried to kill her two young children and herself.

Officers conducted a well-being check around 12:45 p.m. Tuesday at an apartment in the 1000-block of Atlantic Avenue. When they arrived, the door was blocked, but they were eventually able to get in.

The officers found 38-year-old Tracy Johnson lying on the floor, unresponsive. They also found her five-year-old daughter and two-year-old son in the home.

Police said the apartment smelled strongly of natural gas, so the officers called the Hoffman Estate Fire Department for help. Johnson and her two children were transported to St. Alexius Medical Center for treatment.

Investigators learned Johnson had tried to kill her children by asphyxiation and commit suicide.

Prosecutors said it was an argument with the father of one of her two children that prompted Tracy Johnson to try to kill them before attempting to kill herself.

"The defendant felt that no one wanted her and her children and made a decision that Heaven was the best place for all of them," Maria McCarthy, assistant Cook County State's Attorney, said.

Dressed in street clothes, the 38-year-old northwest suburban mother appeared in bond court Friday afternoon where a judge set her bail at $ 2 million.

"The defendant said she crushed pills and put them in a smoothie. When the kids didn't like the taste, she mixed more of the pills in some water and made them drink that. The defendant puts bags over the heads with ropes over them in an attempt to suffocate them. She then put them to bed," McCarthy said.

Johnson's sister had officers do a well-being check after authorities said Johnson sent her mother a text telling her she loved her.

They arrived and forced their way into the home to find the strong smell of natural gas in the home and everyone inside barely alive.

All the stove's burners were on but not lit and the windows were closed.

At the hospital, the daughter told police it's not the first time her mother had threatened to harm them.

"The five-year-old also said one night she put a pillow over the faces and squeezed it hard and said, 'Your brother's father is not nice,'" McCarthy said.

Officials said the children are okay and have been checked out of the hospital and staying with Johnson's mother.

Johnson is due back in court on June 1.