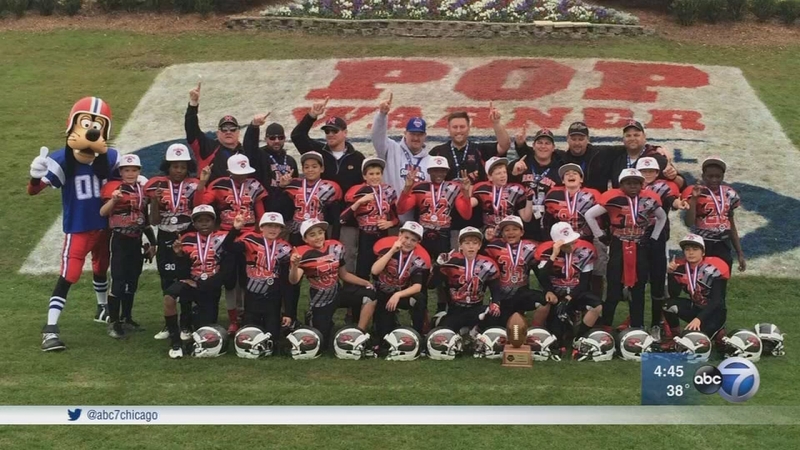 HOFFMAN ESTATES, Ill. (WLS) -- The Hoffman Estates Redhawks, a Pop Warner football team made up mostly of at-risk youth, took a moment on Thursday to run some plays before their game Friday. If they win, they will be heading to the Pop Warner National Championships for the third year in a row.

"You have to put in the work, you have to stay in shape, you have to be at your best level you can be," said 13-year-old Anthony Hernandez, Redhawks defensive end.

Hernandez is a defensive end on the Redhawks. This is his fifth season on the team.

"We have a good work ethic and it's a bunch of team building," said quarterback Ryan Smith, who is also on his fifth season with the Redhawks. "It's like a family almost."

"No team has ever won a three-peat in Pop Warner, ever," said Mueller.