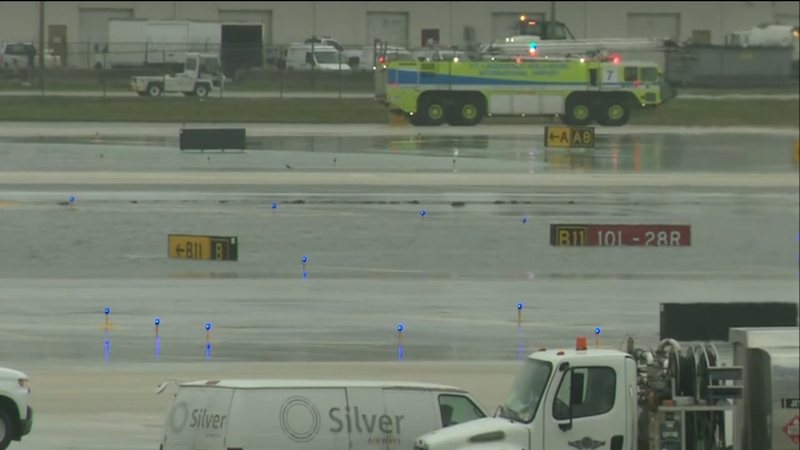 Charleston was flooding before dawn due to a combination of coastal flooding the effects of the heavy rains, the National Weather Service said.

Creeks and streams were on the rise there and across the South. Flood watches and warnings covered parts of Georgia, Alabama, Louisiana and South Carolina.

In Florida, the heavy rain and flooding delayed dozens of flights at Fort Lauderdale-Hollywood International Airport.

The airport had issued an advisory late Sunday that said more than 150 of its flights were experiencing weather delays and 11 flights had been canceled.

Areas around the airport were hit with about 6 inches (15 centimeters) of rain between midnight and early Monday morning, according to WPTV-TV. By 6:30 a.m. Monday, flight operations were resuming.

In Atlanta, a wind gust of 39 mph (63 kph) was recorded Sunday at Hartsfield-Jackson Atlanta International Airport. No major delays were reported Monday at Atlanta's airport.