Victim wrestles gun away from home invaders, shoots at them on NW Side 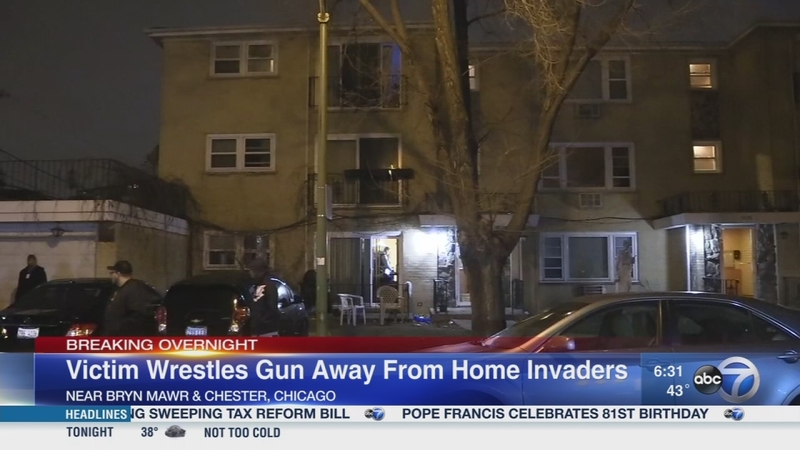 Victim wrestles gun away from home invaders on NW Side

CHICAGO (WLS) -- Police are searching for three suspects after a home invasion victim wrestled a gun away from them and fired at them on the Northwest Side Sunday night.

The home invasion took place in the 5500-block of North Chester Avenue near O'Hare Airport at about 11 p.m. Three intruders broke into an apartment and pistol whipped two men inside, demanding their money.

At some point during the home invasion, police said one the victims took a gun away from one of the attackers.

All three home invaders were able to get away, running into a black SUV and a silver minivan in a nearby alley, but the person who wrestled the gun away let off several rounds, possibly striking one of the suspects a few times in the chest.

Munther Abueqteish, who lives next door, said he heard shots. He said that he's seeing more crime in the area, and now he's worried for the safety of his family.